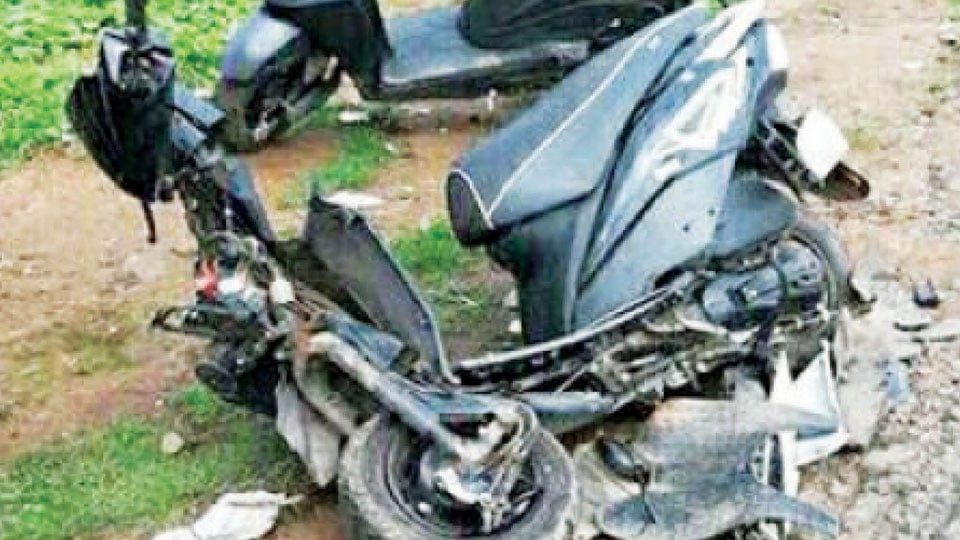 Periyapatna: A 38-year-old rider was killed on the spot in a hit and run case at Koppa village in the taluk on Tuesday.

The deceased has been identified as Keshavamurthy of Hemmige village.

Keshavamurthy was proceeding on his scooter when a goods vehicle hit the two-wheeler on B.M. Road in the village and sped way. Keshavamurthy, who had sustained serious injuries, is said to have breathed his last on the spot.

Bylakuppe Police, who registered a case, traced the goods vehicle, seized it and have launched a hunt to nab the driver, who is absconding.