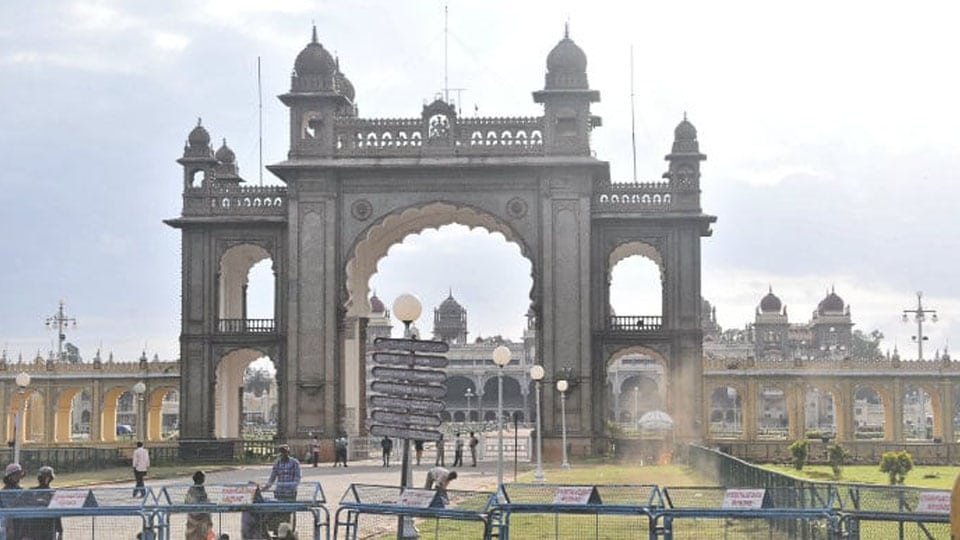 Mysuru: A man in an inebriated state, who was sleeping near the South Entrance Gate of Mysore Palace, raised a hoax bomb scare alarm when the public tried to wake him up this morning sending the Cops into tizzy for sometime.

The man identified as Gangadhar, in his 40s, has been detained by Devaraja Police for allegedly raising the false alarm.

The man raised the false alarm when a few public attempted to wake him near South Gate of the Palace at around 9.30 am. Tourists, who had arrived in large numbers to the Palace, panicked for some time.

Devaraja Police, who swung into action, took the drunken man into custody and during interrogation, he confessed that he had raised the false alarm in an inebriated state.

It may be recalled that City Police had conducted a meeting with Heads of various religious heads, hotel owners, department officials and managers of commercial establishments to take extra precautions and alert the Police on finding something suspicious in the wake of Sri Lanka bomb blasts.