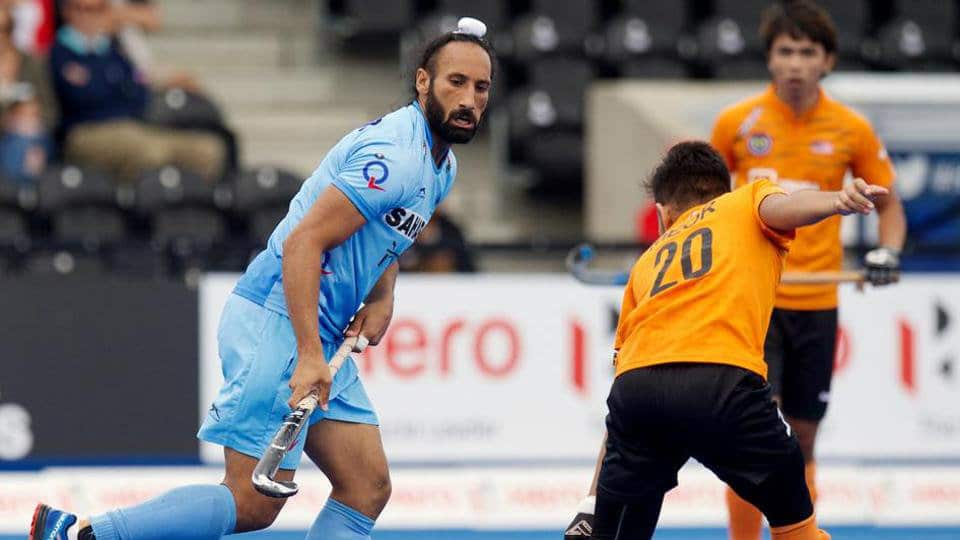 Fancied India crashed out of the Hockey World League Semi-Final after suffering a shocking 2-3 defeat at the hands of Malaysia in a quarter-final match here on Thursday. It was hard-fought encounter as both the teams played with great intensity. The Indians only had themselves to blame as a below-par opening 20 minutes and some sloppy defending ruined their hopes.

India conceded as many as seven penalty corners, three of which were converted by Malaysia through Razie Rahim (19th, 48th minutes) and Tengku Tajuddin. India’s goals came from the sticks of Ramandeep Singh (24th, 26th).

By virtue of this win, Malaysia have qualified for next year’s World Cup to be held in India.

For India, it is their second defeat against Malaysia in little less than two months. Roelant Oltmans’ men had earlier lost 0-1 to the same opponents in the Azlan Shah Cup last month.

Malaysia will face reigning Olympic champions and world number one Argentina in Saturday’s semifinal. Argentina had earlier in the day defeated Pakistan in the first quarter-final match.

Ranked sixth in the world, the Indians started as overwhelming favourites against 14th placed Malaysia but the script did not unveil as expected at least in the first 23 minutes of the game.

Malaysia pressed hard early on and secured two penalty corners but wasted both the chances. The first quarter ended goalless with Malaysia controlling the proceedings.

Malaysia continued their attacking game and got a great opportunity to break the deadlock in the 17th minute when a scoop from the deep found Nabil Noor alone inside the Indian circle but an alert goalkeeper Vikas Dahiya came off his line to deny Noor.

Two minutes later, Malaysia earned another penalty corner but this time Dahiya failed to keep Razie Rahim’s flick out of the goal as the ball went in after hitting his body.

A minute later, Malaysia doubled their lead against the run of play as Tengku Tajuddin neatly deflected in from their fourth penalty corner.

Down by two goals, it was time for India to bounce back strongly into the game and they did exactly that and levelled the scores with two goals in a span of two minutes. Ramandeep scored from literally India’s first shot at the goal, deflecting in Sumit’s defence-splitting cross from the right flank.

Two minutes later, Ramandeep once again found himself at the right place at the right time and scored the equaliser after skipper Manpreet Singh messed up a variation effort from India’s first penalty corner. After the change of ends, the Indians continued to dominate the proceedings and earned two penalty corners in quick succession but Harmanpreet Singh failed to deliver once again.

While the Indians played attacking hockey, the Malaysians preferred to sit back and defend and rely on counter-attacks. Malaysia’s ploy worked and they secured two more penalty corners in the 48th minute, the second of which was converted by Razie Rahim for his second goal of the day.

Down by a goal, the Indians went all out attacking in the last 10 minutes and had three clear chances to score. While Mandeep’s deflection off Harmanpreet’s pass went just wide, three minutes later veteran Malaysia goalkeeper Kumar Subramiam made a brilliant save to deny Akashdeep Singh.

In the final minute of the game, an unmarked Ramandeep had a golden chance to score his hat-trick and take the match into shoot-out but his deflection in front of an open Malaysian goal was wide by inches.