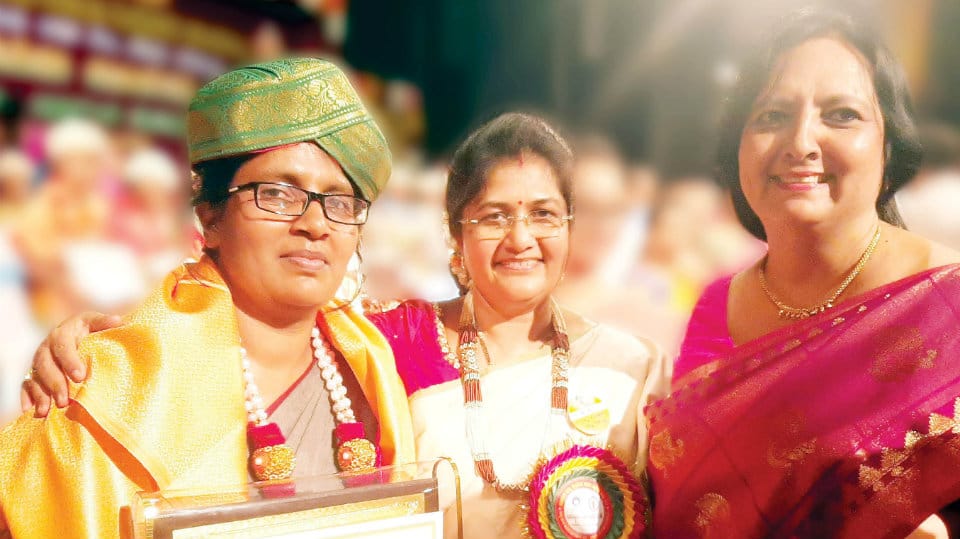 Mysore/Mysuru: Glora Alse Dera, a Primary School Teacher at Hootagalli Higher Primary Government School in the Taluk, was conferred with the State Award ‘Anupama Seva Puraskara’ on Mar. 8 at Chowdaiah Memorial Hall, Bengaluru, on the occasion of International Women’s Day. The award was presented by Shashikala Jolle, Minister of Empowerment of Differently Abled and Senior Citizens of Karnataka and Vinisha Nero, Nominated Anglo-Indian MLA. Glora was the only teacher from Mysuru District for the award.

Glora Alse Dera secured a Government job in 1994.  She was first appointed in Chettimani, Bhagamandala, Kodagu where she served for four years and then was transferred to Kellahalli Government School in Mysuru Taluk in 1998 where she served until 2015. She is presently serving at Hootagalli School.

Glora has been instrumental in getting aides from Social Service Clubs like Rotary Central to sponsor books, shoes, band instruments, water filters, utensils etc., to every School that she served. Her students though from rural background have secured jobs in MNCs in Bengaluru and Mysuru. She not only teaches children but goes all out to secure them jobs. She was awarded by the Election Commission of India as ‘Best Booth Level Officer’ during the General Elections. Glora is supported by her husband Charles Lewis and daughter Stephanie Lewis.