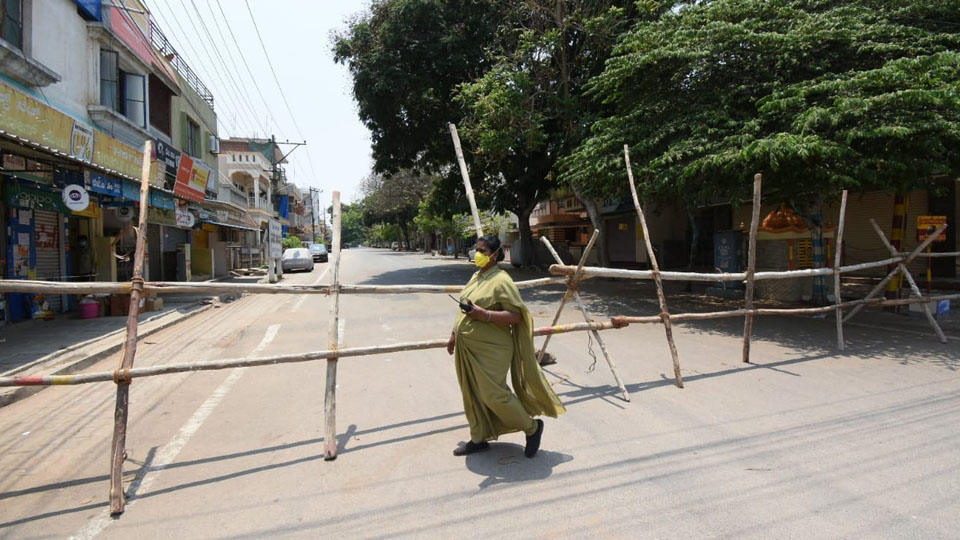 Hotelier among three booked in Mysuru for lockdown violation

Mysore/Mysuru: In what could be termed as measures at strict enforcement of lockdown, the city Police have booked three persons including a hotelier for allegedly violating lockdown rules. Though there are rules permitting only parcel service from hotels and a ban on table service, this hotelier reportedly flouted rules, said a press release from the Police.

The press release said that PSI Ramesh was on rounds when the restaurant was found open where the customer was allegedly allowed to consume food on the hotel premises.

In Mysuru, as per the Police order, hotels and restaurants are prohibited from serving food to customers on their premises. Only parcel service is allowed. This precautionary measure has been taken to restrict people to their house and prevent assembling of people in groups in hotels as it can spread the virus.

Nagaraj, Mahadeva Swamy and Sampath were taken into custody and the charges were framed under IPC Sections 188, 269, 271 and 51 (b), National Disaster Management Act 2005 and Section 3 of Epidemic Diseases Act 1897, said the Police press release.