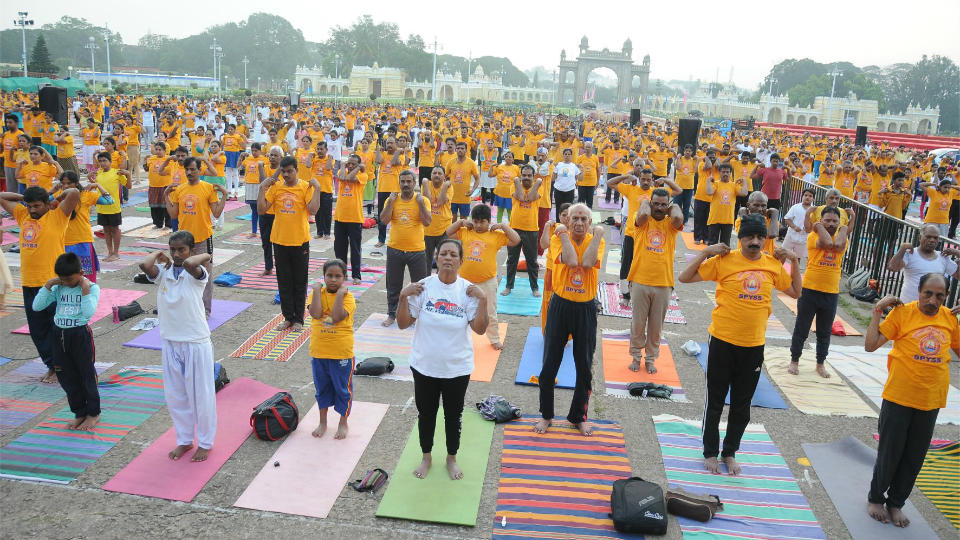 Mysuru: More than 800 yoga exponents from all age groups took part in the Dasara ‘Yogotsava’ organised by the Yoga Dasara  Sub-Committee in the Palace premises early this morning.

The event began with chorus chanting of ‘Omkara’, followed by Shankhanada and Chalana Kriya Yoga.

The Yogotsava which began at about 6 am, ended at 8 am with meditation and Shanti Mantra. 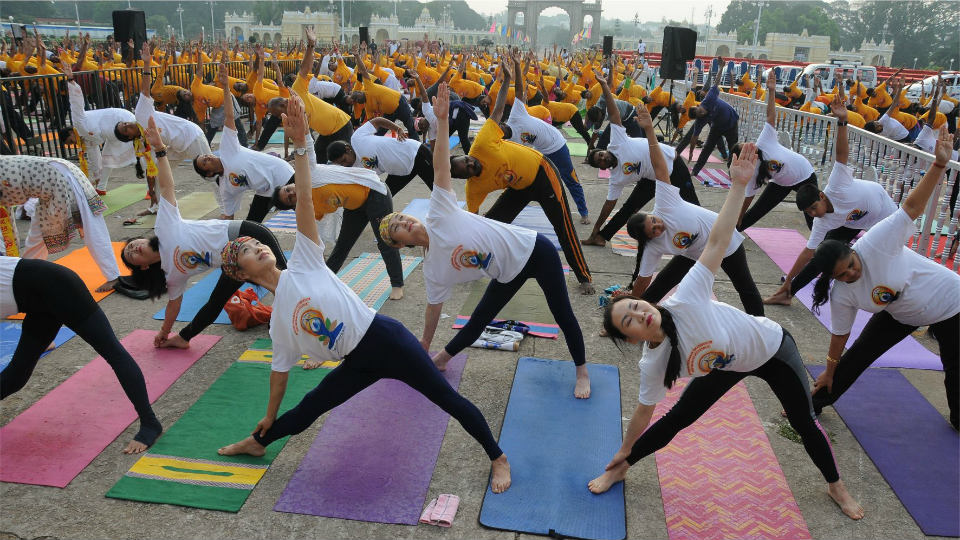 The State-level Dasara Yoga competition organised by Yoga Dasara Sub-Committee as part of Dasara festivities, began in front of Kote Anjaneya Swamy Temple at the North Gate of the Palace at 9 am this morning.

The day-long event was inaugurated by MLA M.K. Somashekar. About 500 Yoga practitioners from across the State are taking part in this contest, which is being held under 8 categories based on age group for men and women separately.

All contestants are required to perform at least 3 asanas. There are 6 prizes in each category.