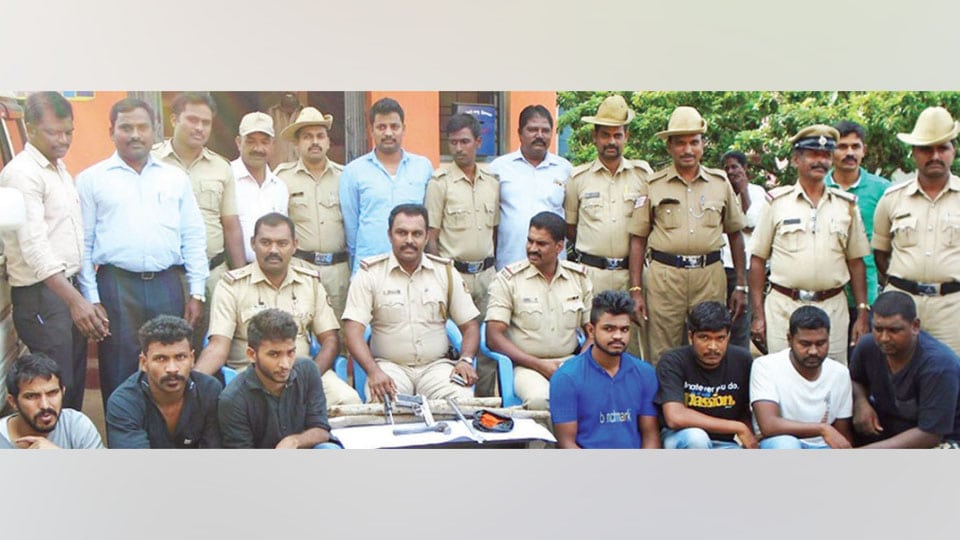 Hunsur: Hunsur Police have arrested seven dacoits who had spread terror among commuters travelling on Mysuru-Virajpet Highway during the nights.

The arrested have been identified as Samir alias Abdul Samir 34, of Kunjala village, Sainuddin 27, of Kolageri, P.J. Mohammad Samir of Kunjala Kakkabbe, M.N. Askar 20, of Kunjala, Bheemaraj 32, of Gandinagar in Mysuru, Srinivas 28, of Mandi Mohalla in Musuru and Mahadeva 26, of Bommaluru Agrahara in Srirangapatna taluk, while two other members of the gang — Sadiq of Kunjala near Napoklu in Kodagu and Bresto of Iritty in Kerala — managed  to escape. 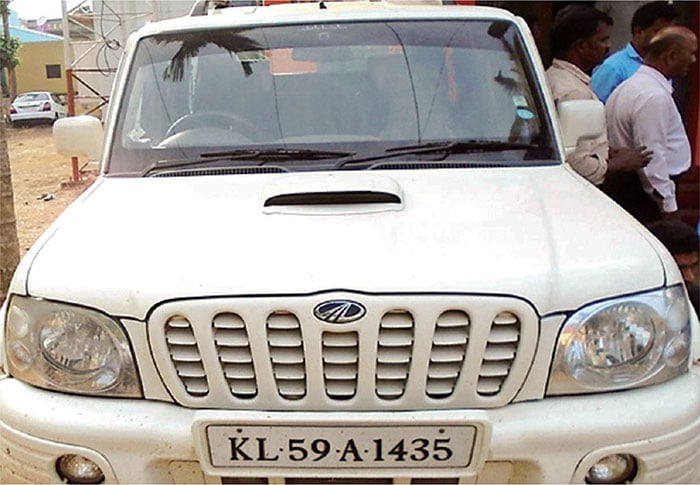 The car used for dacoity by the Highway robbers.

The Hunsur Police, who were on night rounds, spotted a scorpio car (KL-59 A-1435) parked at Kallabetta Junction on Mysuru-Virajpet Highway at around 12.30 am on Saturday. But the Police who returned to the spot as part of Highway patrol, found the car still parked at the same spot even after one hour.

The Police who grew suspicious, surrounded the car and took seven occupants of the car into custody, while two others managed to escape.

The gang targeted commuters from Kerala passing in vehicles on the Highway carrying unaccounted cash to Bengaluru, particularly during month ends.

During interrogation, they confessed to be the members of a dacoit gang and had hatched a plot to loot commuters from Kerala passing in vehicles on the Highway carrying unaccounted cash to Bengaluru, particularly during month ends.

In the nabbing operation, Police have recovered a pistol, a hammer, wooden clubs and chilli powder from the gang.

The weapons used for dacoity by the Highway robbers.

The nabbing operation was carried out by Hunsur CPI K.C. Poovaiah, PSIs Shanmukha and Puttaswamy and staff, under the guidance of SP Ravi. D. Channannavar.