Home » Elections 2018 » I take the blame for my defeat: Sandesh Swamy 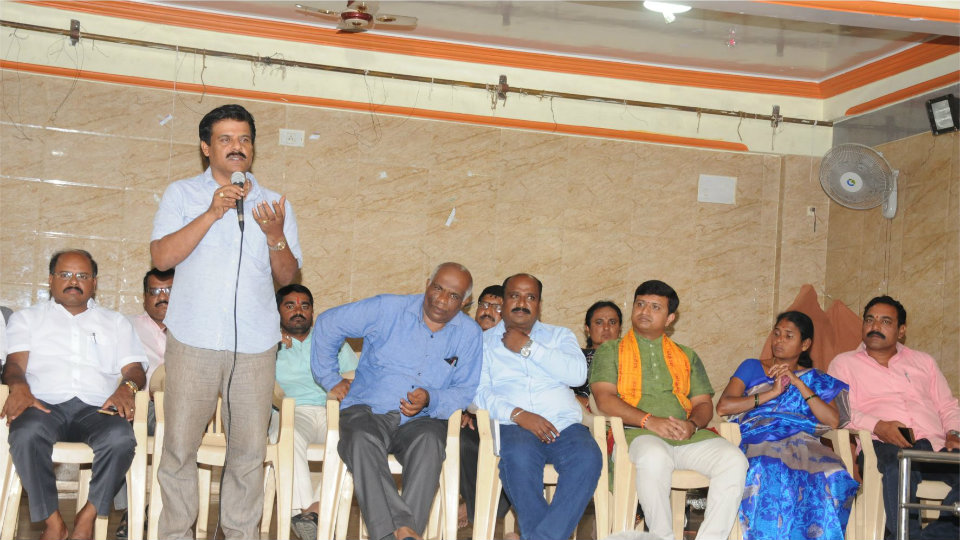 I take the blame for my defeat: Sandesh Swamy

Mysuru: Narasimharaja (NR) constituency BJP defeated candidate Satheesh (Sandesh Swamy) has said that he himself will take responsibility for his defeat.

Speaking at a poll introspection meet of NR Unit party workers at a function hall on Shivaji Road in N.R. Mohalla here yesterday, Sandesh Swamy said that it was totally surprising that the BJP did not get a single vote in 60 polling booths of NR Constituency. But still he succeeded in polling 44,141 votes and came second in the polls, he said.

Asking the party workers not to feel disappointed over his loss, he said that he would make preparations for the next Assembly polls in  right earnest.

BJP leader M.V. Ravishankar, in his address, called upon the party workers to get prepared for fighting the next Assembly polls right now.