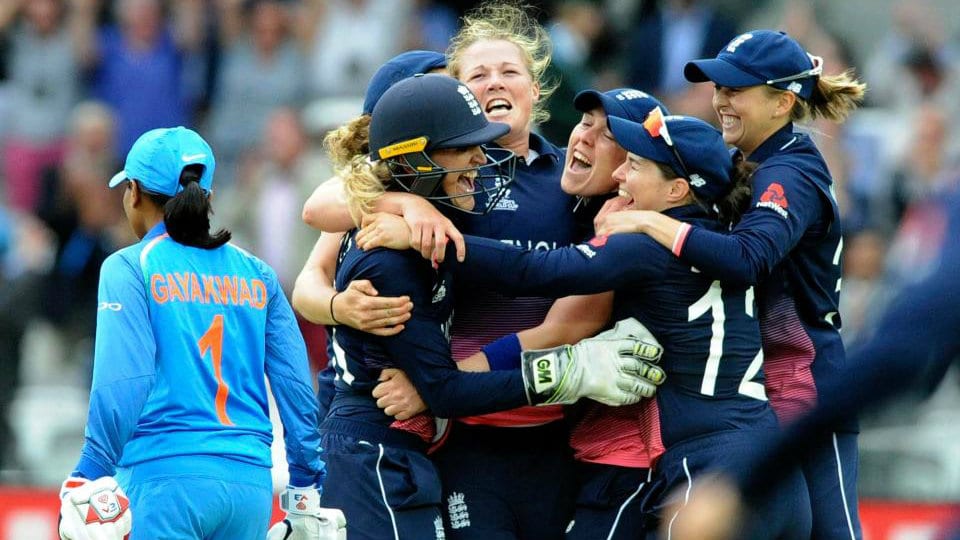 ICC Women’s World Cup 2017: India loses to England by 9 runs in the final

The England Women Cricket team staged a comeback to beat India by nine runs in a thrilling ICC Women’s World Cup final. Anya Shrubsole was the pick of the bowlers as she took six wickets to clearly take away the game from India. India’s Poonam Raut was batting brilliantly even as India looked all set to achieve the target of 229. But as soon as the 27-year-old opener fell lbw to Shrubsole for 86, the whole innings came crashing down like a deck of cards.

Shubsole bowled Rajeshwari Gayakwad to give England the win. India were 191 for three at one point, and needed 11 to win from the final 12 balls, but got all out for 219, clearly giving away the game to the host.

Earlier, veteran pacer Jhulan Goswami came out with a stupendous bowling performance as India restricted England to 228. Electing to bat, England had a decent start with their openers Lauren Winfield (24) and Tammy Beaumont (23) putting on 4 runs for the first wicket.

However, spinner Poonam Yadav broke the partnership taking the wicket of Winfield, following which two more wickets fell and the hosts were suddenly reeling at 63-3. However, wicketkeeper-batswoman Sarah Taylor (45) and Natalie Sciver (51) stayed long at the crease and help their team past 200.

Katherine Brunt (34) and Jenny Gunn (25 not out) played little cameos towards the end of the innings and help their team post a total which can be considered as par on a slow Lord’s wicket.

Goswami, probably playing her last World Cup, was the pick of the Indian bowlers as she picked up three wickets giving away just 23 runs. Poonam Yadav scalped two wickets while Rajeshwari Gayakwad also chipped in with a wicket.