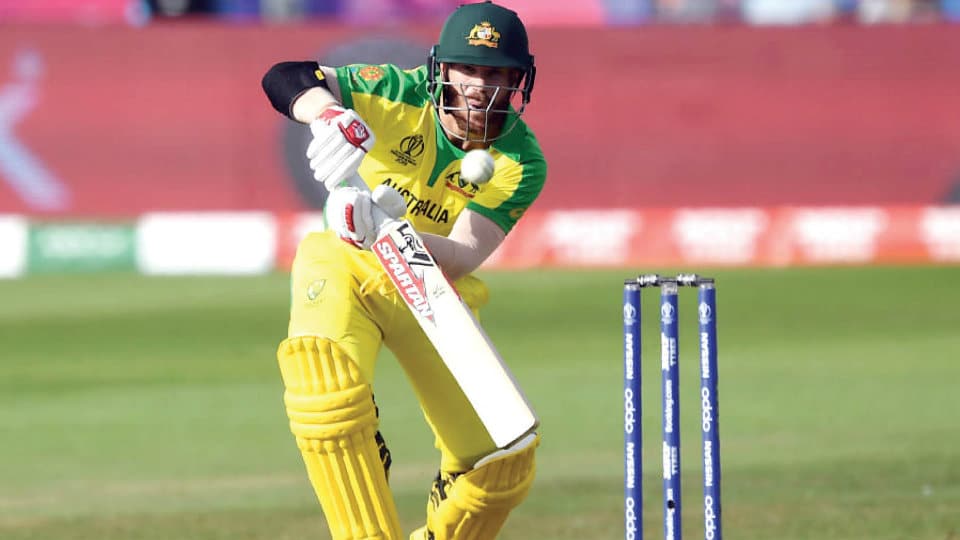 David Warner led holders Australia to a routine seven-wicket win against Afghanistan with an unbeaten 89 at the start of their World Cup defence.

Chasing a below-par 208, Warner steered his side to victory with 91 balls to spare after captain Aaron Finch helped set the tone with 66 off 49. Pat Cummins and Adam Zampa took three wickets apiece as Afghanistan were bowled out for just 207.

Najibullah Zadran (51) impressed, however, with some powerful strokeplay.

Australia, who came into this tournament in resurgent form with overseas series victories against India and Pakistan, have now won nine one-day internationals in a row. The last time that happened was during their victorious 2015 World Cup campaign; a run which began with a 275-run win against Afghanistan.