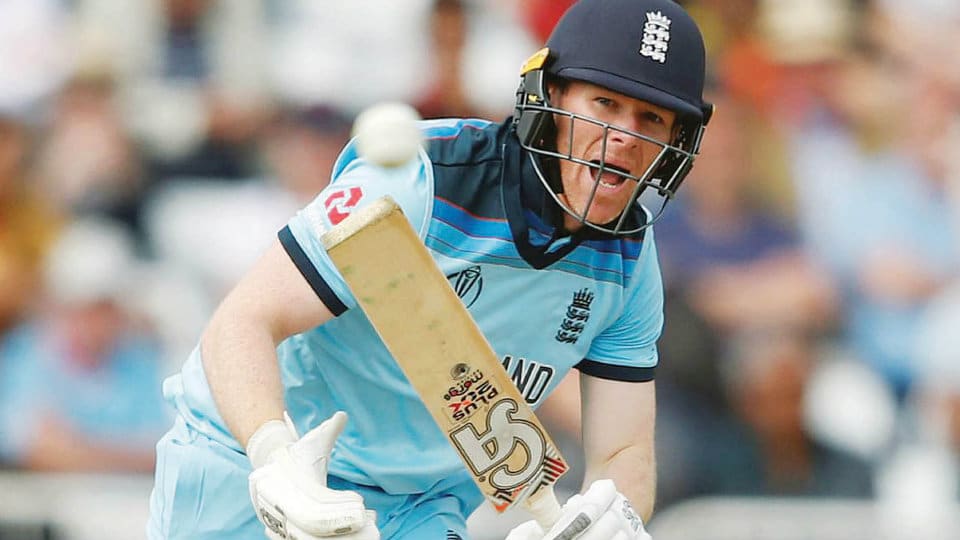 Old Trafford: England strolled to a comfortable 150-run win against Afghanistan in a World Cup 2019 league match at Old Trafford in Manchester on Tuesday.

Afghanistan were never in the game once England put a mammoth total of 397/6 batting first. A total of 33 sixes were hit during the match, highest-ever in any ODI game.

Captain Morgan was instrumental with the bat and scored a record 71-ball ton, studded with 17 sixes and four boundaries. He registered his name in the record books courtesy his six barrage against the Afghans.

Morgan scored 102 runs in his 148-run knock in just sixes. Apart from Morgan, the joint efforts of Jonny Bairstow (90) and Joe Root (88) also helped England to set the stage for the big hitting carnival. In the end, Moeen Ali played a perfect cameo and went on to score 31 off just 9 deliveries with four sixes and a four.

For Afghanistan, Hashmatullah Shahidi showed some resistance with the bat and scored a fighting half-century. On the other hand, Rashid Khan conceded 110 runs in his 9 overs, becoming the most expensive bowler in World Cup history.