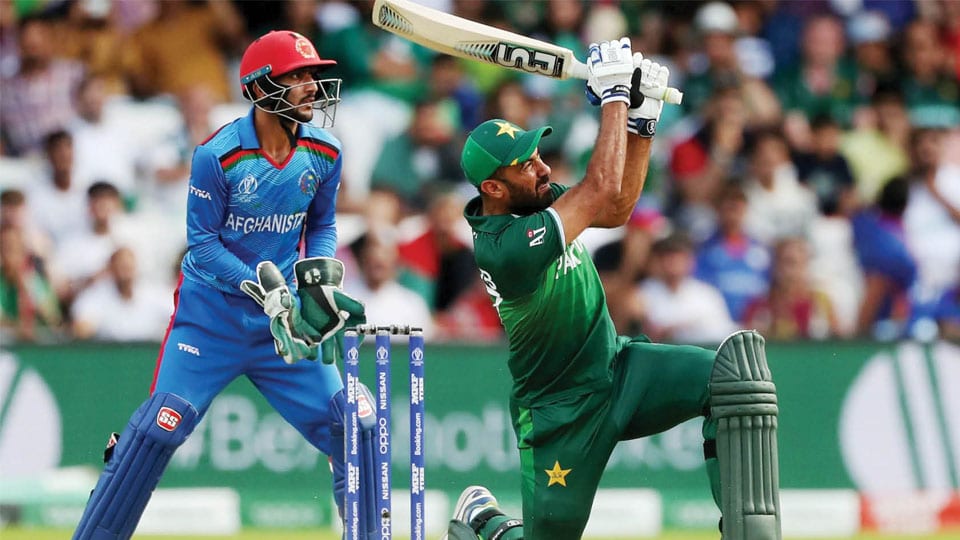 Pak’s complete dramatic, last-over chase to down Afghanistan and pile pressure on England

Leeds: An unbeaten 49 from Imad Wasim and a 9-ball 15 cameo from Wahab Riaz helped Pakistan escape a defeat against Afghanistan. In a thriller at Headingley, Pakistan yesterday managed to beat Afghanistan by 3 wickets to move to fourth place on the points table and keep themselves alive in the semi-finals race.

Mujeeb-ur-Rehman and Mohammad Nabi picked 2 apiece but still could not take their side home. 8 defeats from 8 matches for Afghanistan but they really won the hearts with their show against Pakistan.

The World Cup underdogs came agonisingly close to causing the upset of the tournament here, but this nervy three-wicket Pakistan victory amid a backdrop of shocking brawls in the stands leaves the England captain Eoin Morgan in no doubt about the scale of his task now: lose against India on Sunday and his team’s fate will no longer be in their control.

For the first time since the start of the month, England do not occupy a semi-final spot. Instead, it is Pakistan who sit fourth, continuing their resurgence after scraping over the line against the worst side in the competition.

With only Bangladesh to face, it is now they who look most likely to reach the knockouts unless England can pull off victories against India and New Zealand.

It is a scenario that had seemed hugely improbable when Pakistan began their campaign with three defeats from their first four completed games, but as England’s magic touch seems to have deserted them, Sarfaraz Ahmed’s side are on a roll.

Imad Wasim was adjudged the Man of the Match.