Home » Feature Articles » If only ‘Wishes were Horses’ 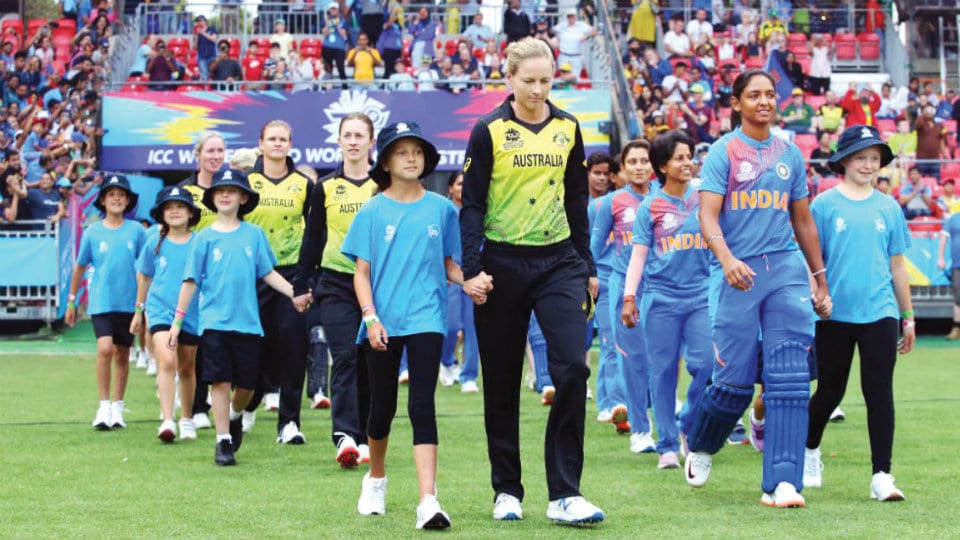 If only ‘Wishes were Horses’

Women’s cricket across the globe is gaining popularity steadily, as the young girls are exhibiting competitive edge across all the formats. The recently concluded World T20 Championship ‘Down Under’ indeed hogged the lime-light throughout the tourney.

I was waiting for the 8th of March to put the frill on to the parchment for several good reasons. It was the ‘World Women’s Day’ and our young girls were to play their first ever Women’s T20 World Cup against the OZs; at the MCG, one of the greatest cricketing venues in the world.

While the OZ girls were sitting pretty, oozing with confidence and comfort of ‘Four Crowns’ of the Championship under their belt, our girls had done tremendously well to reach the Semis. Unfortunately for the English, the Rain Gods snatched away a chance to beat the formidable Indian girls in the Semis and to meet the OZs at the MCG.

Luck was with our young girls. In the ‘Hind – Sight’ though, we would have preferred our girls to win the Semis against the English — that perhaps would have given them the much needed confidence to meet the OZs in the finals. But, that was not to be. If only ‘Wishes were Horses.’

As the teams assembled on the 8th to recite the National Anthem, I glanced at the physique of all the players. Their physique generally was much tough in comparison to our girls. I prayed that our techniques outsmarted the OZs — sadly that was not to be. I would be a hypocrite if I said anything other than the truth that our girls looked clueless in every department of the game. Bowling was pretty ordinary. Fielding left much to be desired and batsmen played like novices. Just imagine, all the ten wickets falling to catches; nine of them virtually spooned into the palms of OZ fielders; eight of them in 25-30 yards; pathetically weak looking strokes. It was a sad sight.

OZs made a mince-meat of our bowling. At one stage, we expected them to score over 200; but they managed 184. Our girls getting bundled out for 99 left the country disappointed. Yes, we wanted the trophy. But at least a good contest would have satisfied cricket lovers.

Hearty congratulations to the OZ women on their ‘Fifth T20 World Cup’ victory.

Looking back to the performance of our boys on the land of KIWIs; they looked very ordinary at the International level. It was difficult to accept literal ‘Brown Wash’ in the ODI and the Test Series. Intriguing questions are,

One imagined that the T20 series victory would set good trend for the ODIs and Tests, the ICC ranked ‘Numero Uno’ side were crushed to humiliating defeats. Kiwis were better ‘Player to Player’ — in every department of the game.

Prithvi Shaw looks impetuous and lacks maturity for an opener at International levels. Mayank Agarwal was all at sea against swinging deliveries. Both were inconsistent; which left 3, 4 and 5 hard to consolidate. Pujara was very tentative and unimpressive. Kohli was dismissed to very poor storkes — very much unlike the world has known him to be. Rahane too lacked confidence in approach. Our bowlers sprayed the new ball all over and lacked cricketing brains. Indeed a very poor show.

The KIWIs need to be congratulated on their victories in ODIs and Tests. Barring a few good knocks, their batting was not on any high. But their bowlers got the wind out of our hapless batsmen. Tim Southee excelled with his ‘Jimmy Anderson’ like mild out-swings. Trent Boult bowled beautifully; swinging balls both ways — very tactfully. The in-swinger that rattled Umesh Yadav’s stumps was the best of the season. The ‘Six foot Eight’ Kyle Jamieson made a remarkable debut and scared the skeletons out of our batsmen with his raising deliveries. Supporting seamer, Colin De Grandhomme bowled effectively. Spinners added fuel to the fire. In comparison, Bumrah, Ishanth, Shammi and Umesh were left wanting for fundamentals.

Well, our boys need to get to the drawing board and make good the lapses in the future series. Thanks to the epidemic ‘CORONA,’ we may not see much of cricket for some time. Meantime, I had an occasion to read ‘The Eyes of Darkness – Wikipedia’ (https://en.wikipedia.org/wiki/The_Eyes_of_Darkness) and was aghast at the cruel ways the world thinks of humanity; particularly Page No. 353; that predicted situation on ground today “Wuhan 400 – a perfect weapon for destruction of humanity” was intriguing.