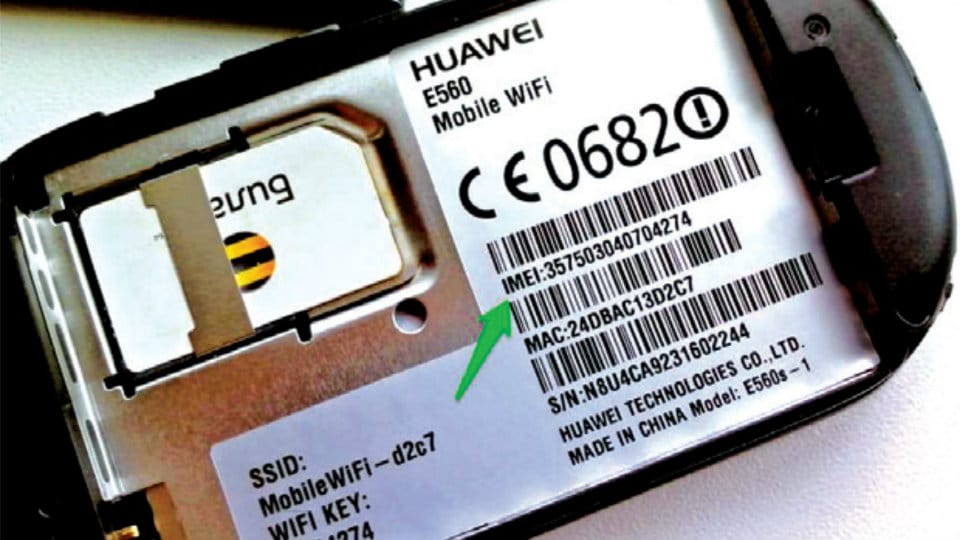 Mysuru: Even as the Department of Telecommunications is planning to notify rules that will make tampering of IMEI number a punishable offence with up to three years imprisonment, the City Police have yesterday busted a gang that is involved in altering the IMEI numbers of mobile phone handsets.

International Mobile-Station Equipment Identity (IMEI) is a unique 15-digit code used to identify valid mobile devices. It is often used for stopping a stolen phone from accessing a mobile network and later tracking it down. It helps security agencies in tracking mobile phones as well as calls made from them. However, due to diverse software in the market, changing the IMEI number of stolen handsets for reuse is rampant.

A Police team led by Udayagiri Inspector P.P. Santhosh cornered Udayagiri resident Shoaib and Kasib of Sathagalli when they were moving suspiciously near Kalyangiri on the Ring Road.

When they were brought to the Police Station and interrogated, the duo told the Police that they routinely changed IMEI numbers of mobile phones to resell them.

The Police have seized over 30 mobile phone handsets, laptops, IMEI crackers, IMEI number changing software, equipments  and computers. They have been formally arrested and have been produced before a court that has sent them to judicial custody.

Investigations have revealed that Shoaib and Kasib owned a shop on K.T. Street and they used to sell Chinese goods including electronic items. They used to procure stolen handsets and used to erase the original IMEI numbers of the handsets and reintroduce their own IMEI numbers.

The Police have suspected that Shoaib and Kasib is a part of a larger gang that is systematically involved in changing IMEI numbers and marketing such handsets all over the country. As it is, Chinese handsets have many takers as they are cheap.

Once the IMEI number that has been inserted by the handset manufacturer is changed by such unscrupulous elements, it is difficult for the Police to track such numbers and mostly criminals use such handsets to commit a crime and go untraced.

It may be recalled here that in 2014, the Mysuru Police had arrested one Pandey of West Bengal for changing IMEI numbers. The accused managed to get bail soon and he was released.

The Department of Telecommunications has barred telecom  operators from providing service to any mobile phone with fake IMEI number, but the operators face problem in identifying handsets with duplicate IMEI numbers.

In one of the tracking case of a mobile phone, the Telecom Enforcement Resource and Monitoring Cell found there were around 18,000 handsets using the same IMEI number.

According to the Police, International Mobile-Station Equipment Identity changing applications, mostly procured through online forums, often come in pair with hardware, popular by the moniker ‘IMEI cracker’. It can be bought for anything between Rs. 16,000 and Rs. 20,000.