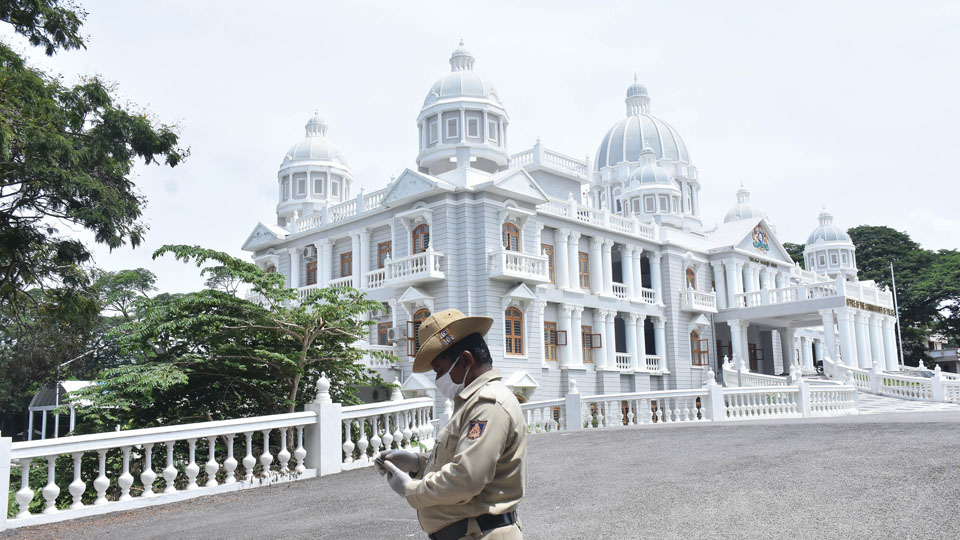 Mysore/Mysuru: Even as the Congress, the ruling BJP and the JD(S) in poll-bound Karnataka are engaged in a bitter war of words over politicians attending events organised by rowdies and social media posts on the number of rowdies each party has, the Mysuru City and the District Police have begun the exercise of identifying rowdy-sheeters, known defaulters, goondas, criminals and extortionists and are preparing a dossier to enable the administration to banish them from their areas of operation.

With elections round the corner, goonda elements and rowdies are bound to increase their illegal activities and some of them have already identified themselves with prominent political candidates and are offering their support to garner more votes. While the candidates may not be ‘aware’ of the illegal activities of their supporters, these dossiers will enable the administration (Home Department) to banish the trouble-makers.

“Gangsters, who had been keeping a low profile, will be suddenly active with elections. Many criminals have strong political connections. This, coupled with muscle power, make them a real threat to public security during the elections,” a senior Police Officer said. Several gangsters have taken the side of different political parties who offer them a good deal.

“We are contemplating deporting the criminals who have failed to reform themselves even after several warnings and cases. Based on the instructions from Additional Director General of Police (ADGP – Law and Order) Alok Kumar, we are collecting information on the criminals whose names have figured in rowdy sheets over the years in all the 18 Police Stations in Mysuru city and also in the district limits,” said a Department source.

“We have begun the task of collecting information about each person involved in criminal activities. We will open the goonda sheet and rowdy sheet against those who are still involved in criminal activities and they will be banned from entering the district. Under watch are the activities of rowdy elements since the last three years and the number of non-cognisable cases registered against them in different jurisdictions including City Police Commissionerate and District Police,” the source added.

Each Police Station is closely watching and monitoring the activities of the rowdy elements in their limits including those who have been booked under Karnataka Control of Organised Crimes Act (KCOCA), Unlawful Activities (Prevention) Act (UAPA) and Goonda Act.  “In the next few days, we will complete the process and prepare the list of rowdies to deport them,” an officer said.

The dossiers, being prepared by the Law and Order Police and the City Crime Branch (CCB) sleuths, will contain all the information about the illegal activities along with documentary evidence so that it becomes a water-tight case in case the goondas approach the Court of law against the banishment move.

A legal opinion will be taken on the nature of the crime and banishment and a report will be sent to the Home Department so that the banishment process becomes easy and stands in the Court, the officer added.