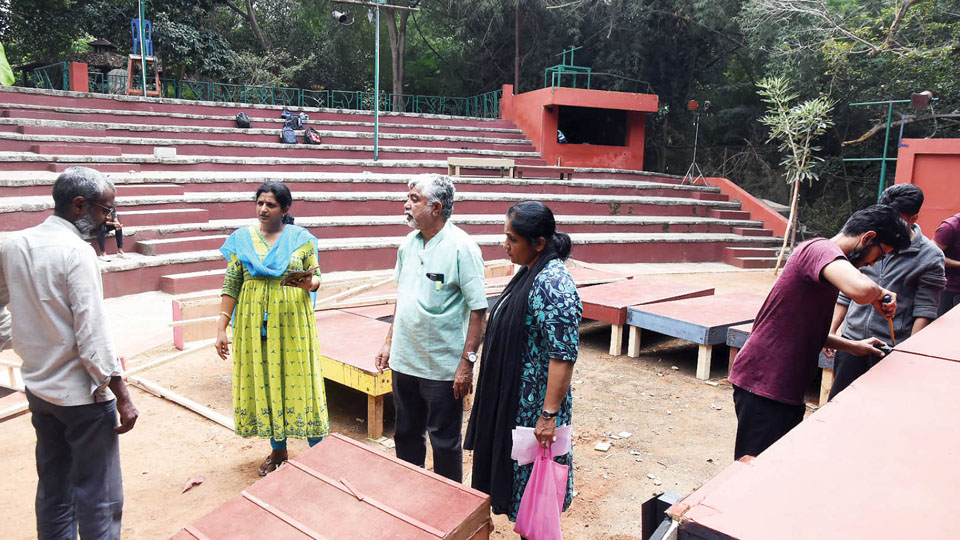 Mysore/Mysuru: With the 8-day ‘Bahuroopi’ National theatre festival scheduled to begin in Rangayana premises from tomorrow, final touches are being given to the preparations at the theatre repertory for the mega theatre fest.

Bahuroopi-2022 will take place in five venues — Kalamandira, Kalaranga, Bhoomigeeta, B.V. Karanth Ranga Chavadi and Sriranga. The theatre fest will begin with the launch of Janapadotsava on the opening day tomorrow. However, the event will be formally inaugurated by Chief Minister Basavaraj Bommai at 5.30 pm on Dec.10.

Speaking to Star of Mysore this morning, Rangayana Director Addanda C. Cariappa, said that all preparations for the mega event will be complete by this evening. Pointing out that this year, the theme of the National theatre festival is ‘Indianness’, he said that the Rangayana launched an outreach campaign with the theme ‘Mana Manake Bahuroopi’ in order to popularise the event.

He further said that all security measures will be in place for the smooth conduct of the mega event, which is expected to draw thousands of people every day from across the country.