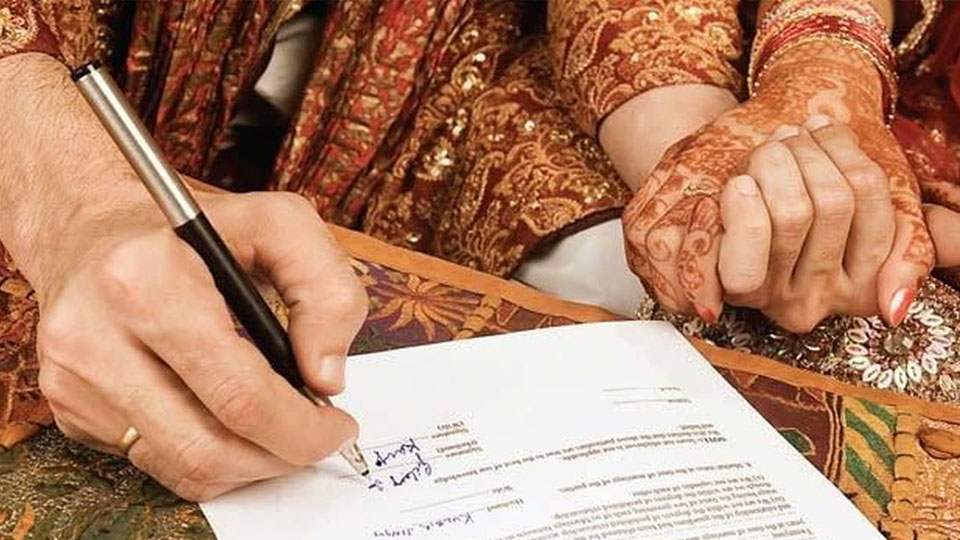 Mysuru:  India is not just a democratic country but also a land of innumerable religions, castes and sub-castes with due respect for all categories and marriages among them too have become common now.

Consequently, the awareness among couples to register their marriages has substantially increased going by the increasing number of marriage registrations at all the Sub-Registrar offices in the district. Barring the one at MUDA office, Sub-Registrar offices are located at Mysuru – South, North, East and West, Nanjangud, Hunsur, T. Narasipur, K.R. Nagar, H.D. Kote, Periyapatna, Bettadapura, Bannur and Mirle.

Over the last three years, the number of marriage registrations has been jumping every year.

The awareness of marriage registration has picked up in rural areas even for traditional marriages. The numbers are interestingly more in rural than urban areas. Going by the Court order that every marriage should be compulsorily registered, Village Accountants have been authorised to register the marriages.

The marriage registration other than securing the matrimony would help to apply for a Passport, get Visa, for spouse’s travel abroad, opening bank account, claim insurance and bank deposits, receive Government funds under Social Welfare  and many more.

For Hindu Marriage, the essential document should be submitted and registration will be done on the spot.

For Special Marriage and Others, the application should be submitted with documents like ID card, address proof, birth date proof, six passport size photos, two photos of marriage and the wedding invitation, all one month prior to getting the registration.

If the nuptial knot is stable even after one month, the marriage will be registered, provided the marriage hall is within the jurisdiction of the Sub-Registrar or either the bride or groom should be residing in that area.