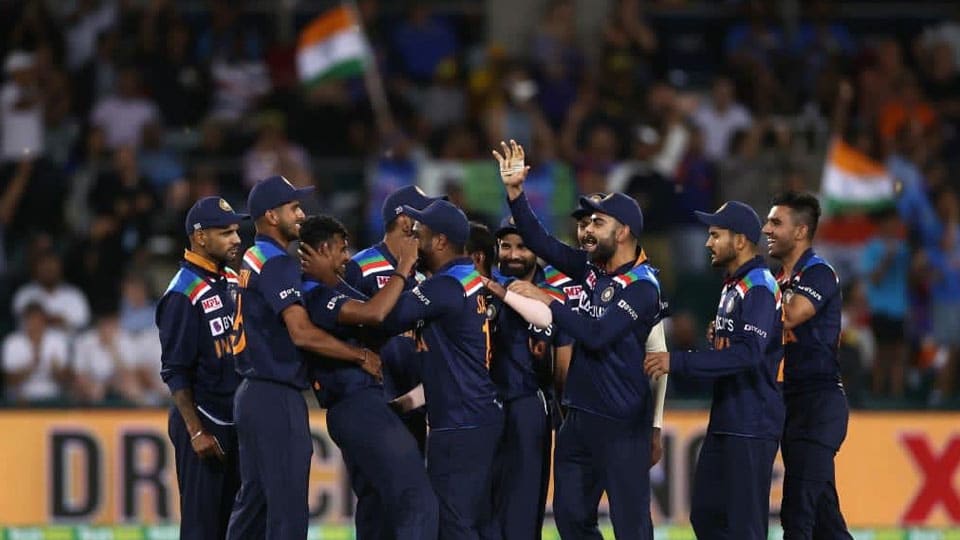 Team India defeated Australia by 11 runs in the first of three T20 Internationals (T20I) at the Manuka Oval in Canberra yesterday.

Australia skipper Aaron Finch won the toss and opted to bowl, with the visitors posting a total of 161 runs for the loss of seven wickets. K.L. Rahul was the highest run-scorer, accumulating 51 runs off 40 deliveries. The wicketkeeper-batsman registered his 12th half-century in T20Is, during the course of the innings.

All-rounder Ravindra Jadeja was 2nd-highest run-getter, smashing 44 runs off 23 balls. Jadeja’s knock comprised of 5 boundaries and a 6. Moises Henriques was the pick of the bowlers for the hosts, accounting for three wickets while conceding 22 runs.

The chase started off on an attacking note with Finch smashing the ball to all corners of the ground. However, the Australian skipper’s dismissal helped Team India make a comeback in the game. Yuzvendra Chahal, who came in as a concussion substitute for Ravindra Jadeja, made a decisive impact, accounting for Finch’s dismissal before sending back Steve Smith early. Chahal received support from left-arm pacer T. Natarajan who made his presence felt on debut. The duo finished with 3 wickets apiece, to help India register a win which seemed unlikely at one stage.

The second T20I of three-match series will be played at Sydney tomorrow (Dec. 6) from 1.40 pm (IST). The series will be broadcasted Live by Sony Pictures Sports Network (SPSN) in four languages.