Home » Columns » India has broken its own traditions by joining US-led strategic group. This will restrict Delhi’s options 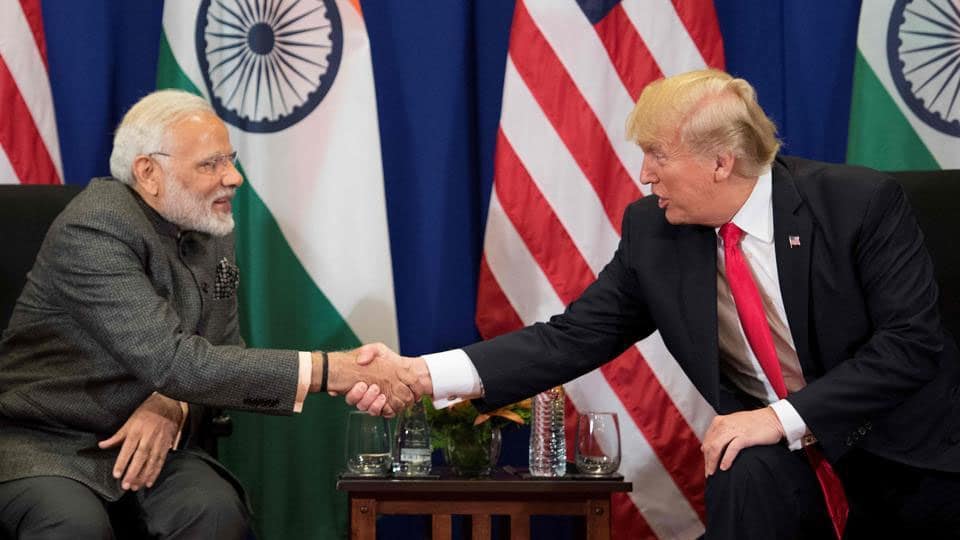 India has broken its own traditions by joining US-led strategic group. This will restrict Delhi’s options

Did India gain from last week’s Southeast Asia summit? The big takeaway, as admitted by our External Affairs spokesmen, was a “deepening of engagement” with the US. This is useful upto a point. America is the only power with the capacity to checkmate an increasingly assertive China. But America’s interest in using this power for the common good is open to doubt. President Trump is basically an “America First” bargainer and he was quite happy bargaining his way into $235 billion business deals with China on his way to the ASEAN Summit. This narrow vision of the US President makes our big takeaway from the summit look not all that big.

In a broader strategic sense also, the wisdom of India joining a quadrilateral alliance against China is questionable. The ‘quad’ as it is now called was originally a pentagon, but Singapore, recognising the elephant in the room, withdrew. Australia is an existential ally of America. Japan, worried about China’s growing might, clutches every available straw but also tries to mend its ties with Beijing. India has the biggest stakes in the game with border disputes on the one hand and Pakistan’s scheming on the other. The traditional posture of non-alignment would have given India more space for   bilateral diplomacy.

The External Affairs Ministry claims that Southeast Asia sees India as a “dependable partner” and wants it to be “more assertive” with Beijing. This is self-deception. The fact is that, barring Vietnam, all countries in the region have reconciled to China’s dominance. Singapore’s is the most calculated switch for it plans to be a hub of Xi Jinping’s dream project, the Belt-and-Road network. The Philippines faced the ground reality in a different way. In August it had tried to put up a makeshift structure on a sandbank within its territorial waters. China despatched a naval force whereupon Manila stopped work and pulled out its troops. China isn’t open to any compromise.

Vietnam is different because of history. Although China was on its side during the Vietnam wars, the two countries have been in conflict from the third century BCE. Modern guerrilla warfare was said to have been invented by the Trung sisters, who led the rebellion against China in 43 CE. After Vietnam defeated America, Chinese troops invaded its northern region leading to tens of thousands of deaths on both sides. China withdrew without victory. The ugly episode was the result of Vietnam destroying the tyrannical Pol Pot regime in Cambodia; China saw Pol Pot as an ally.

More consequential was a Chinese naval attack on Vietnamese boats in 1988. Tiny Vietnamese islands in the nearby waters were taken over by China. That was early warning about what has become China’s mainstream policy today: Militarising all islands in the region under the Chinese flag.

Vietnam is not big enough to engage China militarily. But then, it was not big enough to take on the US either. Yet, its barefoot army defeated the world’s most powerful war machine. The Vietnamese people’s spirit of independence combined with their genius for innovation will pose a challenge China may not face elsewhere. The Vietnamese will fight for more centuries if necessary.

From 1988 India has been involved in oil exploration off the Vietnamese coast, ignoring Chinese protests. This India-Vietnam collaboration has political advantages. But India’s best strategic option is to be in active negotiations with China. Relations with other countries, prudently managed, can strengthen India’s position in such negotiations like with the US, Russia, Europe and even Vietnam and major stand-alone powers like Iran.

Russian news portals have reported that India allowed an American technical team to inspect INS Chakra, the top-secret Russian nuclear submarine on lease to India from 2012. India has denied the report, but will Russian media play up such a story without political clearance from above? This happens when India wants another nuclear submarine from Russia.

The “Indo-US global strategic partnership” is good for the US, but India ought to develop ideas that are good for India. Being a junior member in a US-led quad is playing the US game. Smartness lies in getting others play the Indian game.

4 COMMENTS ON THIS POST To “India has broken its own traditions by joining US-led strategic group. This will restrict Delhi’s options”