Home » Columns » The manner in which Hindi is promoted hasn’t helped National unity. One-sided policy has hindered it 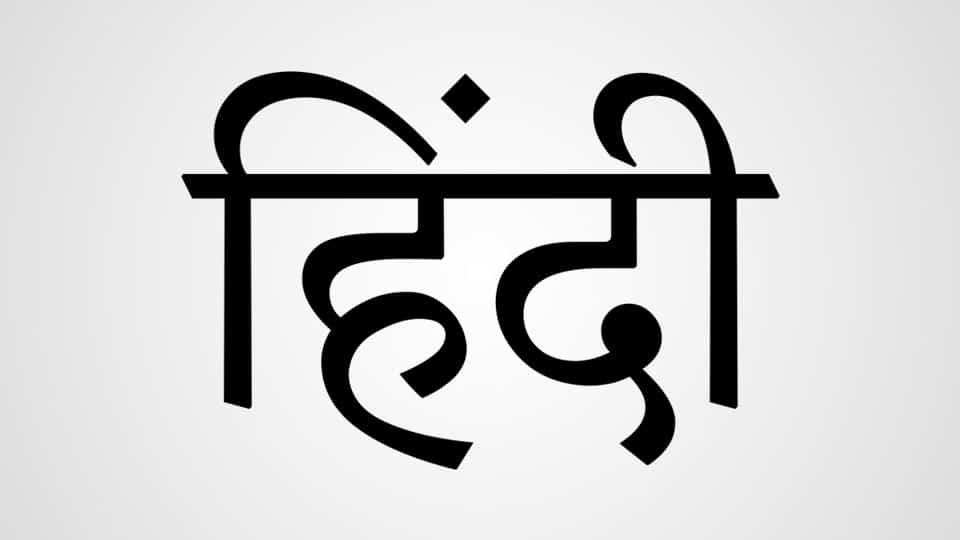 The manner in which Hindi is promoted hasn’t helped National unity. One-sided policy has hindered it

Was it necessary to kick up the Hindi controversy all over again? A better model was available to the authorities. Within a fortnight of the Modi Government taking office, a circular had gone round Central Government offices asking for Hindi to be used in social media. Protests rose from non-Hindi States and the PMO quickly doused the fire by explaining that the circular was only meant for Hindi-speaking States.

Earlier this month, in an apparent bid to prove more loyal than the king, the Official Language Committee headed by Kiran Rijuju proposed — and the President of India approved — that all dignitaries give their speeches/statements in Hindi only (meaning that those who did not do so in Hindi would not be considered dignitaries), that flight announcements be in Hindi followed by English (that is how it is now, so what was the need to rub it in?) Minister Rijuju said “we are not imposing Hindi, only promoting it like any other language.” Like any other language? What’s his most recent move to promote Telugu or Konkani?

It is part of Hindi chauvinism to assume that South Indians are anti-Hindi. They are not. They have heartily welcomed cinema, television, sports and latterday phenomena like migrant labour that spread spoken Hindi across the region. What blocks Hindi are two other obstacles. First, the air of superiority of the Hindiwalla, especially when he has precious little to be superior about. Secondly, the advantage people from Hindi States  get in the job market.

READ ALSO  Business leaders, SBI turn sceptical about our economy; farmers react with suicides — which is a bad sign

In 2016, the official Sarkari Naukri Portal advertised hundreds of thousands of jobs — total government vacancies 2,73,879, graduate government jobs 82,319 and so on. When applicants for these jobs are processed, candidates whose mother tongue is Hindi get a natural advantage over those from non-Hindi areas, irrespective of professional qualifications. It is a pity that the over-enthusiastic Rijuju does not understand the bread-and-butter implications of Hindi.

Even as Rijuju was busy promoting “all” the languages, another patriot went to the Supreme Court with the plea that the Centre, the States and Union territories be asked to make Hindi compulsory for class I to VII students across the country “to promote National unity.”  The Court not only refused to entertain the plea; it noted that the petitioner was a spokesman of the BJP’s Delhi chapter and asked: “Why does he not ask his party to do it? He is part of the Government.” For that matter, why does he not ask about the three-language formula, enshrined as State policy in 1968, which requires people in Hindi-speaking States to study Hindi, English and a modern Indian language. How many in UP have studied English and another Indian language? A one-way perspective supported by arrogance cannot “promote National unity.”

Other countries march ahead of us by being practical, not chauvinistic. In 2001 China made English a compulsory subject in primary and secondary schools. English also became a required subject, along with Mandarin and mathematics, for the National Higher Education Entrance Examination. Today nearly 94 percent of students who have to study a foreign language choose English. This has been a factor in China’s march in recent years to world leadership.

Inspiring was the example set by Indonesia, a country of 17,500 islands with 260 “vigorous” languages and 350 declining languages. As much as 45 percent Indonesians are Javanese. And yet the leadership of the freedom movement, though dominated by  Javanese, decided that independent Indonesia should not have a system that would give undue advantage to the Javanese and their language. So they chose as the national language a Malay-Jawi mix and gave it a neutral name, Bahasa Indonesia. To clinch the unifying reform, they also adopted the Roman (Latin) script for the new Bahasa. That was patriotism true and proper.

The only Indian leader who had that kind of vision was Subhas Chandra Bose. In the Haripura session of the Congress in 1938, Bose as President mooted the idea of adopting Roman script for Hindustani. He explained how Kamal Atatuk’s decision to introduce Roman script in Turkey had worked wonders in that country.

Of course, the Congress simply ignored the idea. It was Mahatma Gandhi, a Gujarati, who proposed that Hindi be the National language with Devanagari script. Instead of uniting India, it has proved divisive because Hindi is promoted with neither the pragmatism of Subhas Chandra Bose nor the wisdom of the Javanese. All that the promoters have is a blinkered view of nationalism — and we keep paying for it.