Home » Sports » India all set to take on the mighty Aussies 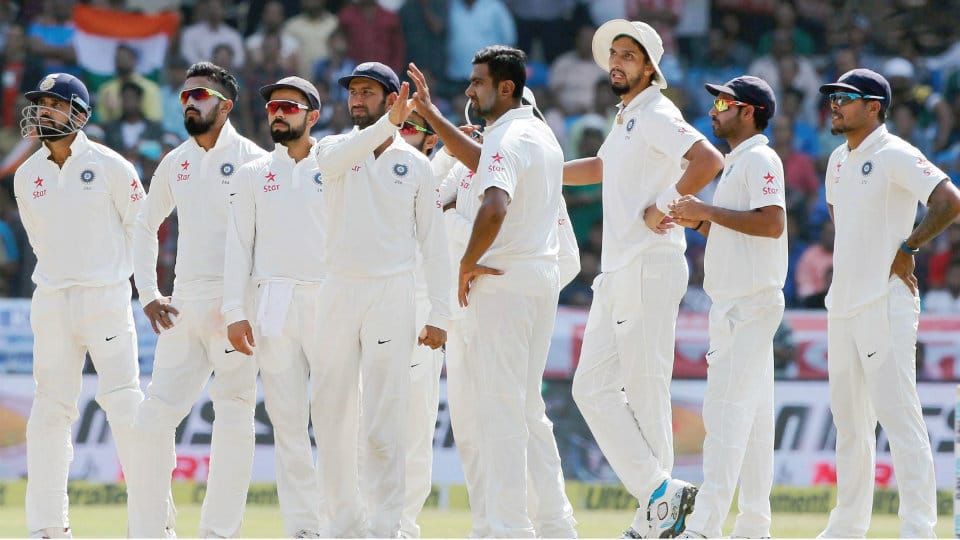 India all set to take on the mighty Aussies

After a resounding performance against New Zealand, England and Bangladesh at home across all formats, the Indian Cricket team led by Virat Kohli is all set for another nail-biting series against the visiting Australian team. The first of four-test match series begins tomorrow at the Maharashtra Cricket Association Stadium in Pune. The series will have a lot of eyeballs glued to the television sets as the top two teams of the world will lock horns in their reign to supremacy.

Australia will have a golden opportunity to avenge the 16-year-old embarrassment that they faced when Ganguly-led Indian cricket team halted Australia’s winning streak after 16 consecutive wins in 2001. India is also currently riding its winning wagon at home with unbeaten streak in 19 consecutive Test matches. Will the Aussies led by Steve Smith be able to stop the Indian team?

The Aussies will have an uphill task to stop the number one side especially at home with everyone one in supreme form. Last time, Australia where whitewashed 4-0.

The young Australian team under the skipper Steven Smith will definitely try to trouble India this time.

Aussies have capable match winners like David Warner, Nathan Lyon, Mitchell Starc and Steve himself who can turn a match anytime.

For India, Virat Kohli will be a key as far as India’s batting is concerned. The sublime form of Indian captain can be gauged from the fact that he hit four double centuries in the last eight months. Similarly, Ashwin’s long bowling spells will be crucial too at this series.

Ashwin is really a talented bowler and can bowl astoundingly well on Indian subcontinent pitches. The Aussie legend Steve Waugh coined the term ‘Bradman of Bowling’ for Ashwin recently which clearly indicates Ashwin’s emergence as the top-rated bowler in the last couple of years. Not to forget, the recent performances of Ravindra Jadeja, Murali Vijay and others who have done exceeding well.

The series will might also witnessed a lot of sledging and banter happening from the Aussies as they are known for it. But, the young Indian team will be not be intimidated as they known how to give it back to the Aussies not only their way but with the ball and bat as well. With the long series commencing tomorrow it will offer some of the best cricket for both the Indian and Australian fans.