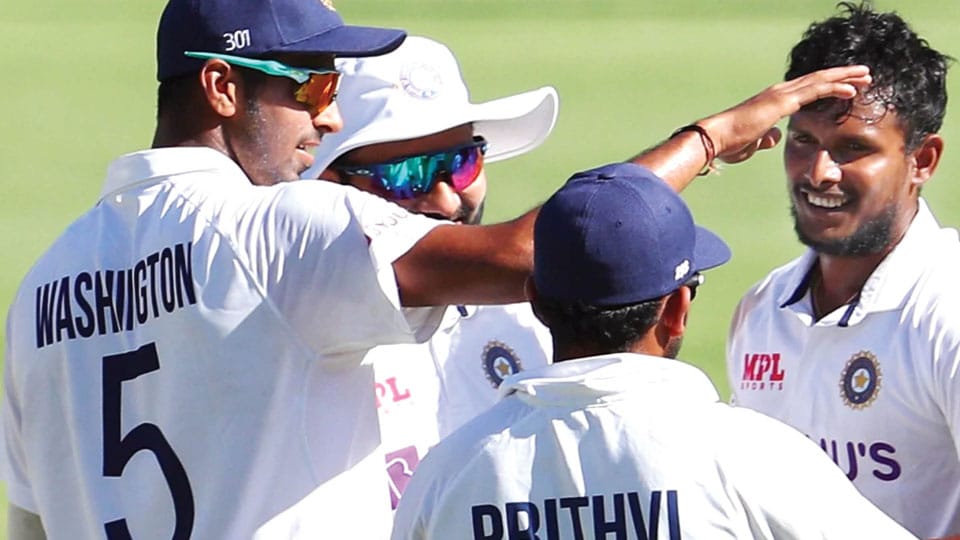 India took the crucial wicket of Australia’s Marnus Labuschagne on Day 1, of the fourth and final Test match, at The Gabba, in Brisbane today. Labuschagne fell to T. Natarajan, who had taken the wicket of Matthew Wade earlier on Day 1. Labuschagne slammed 108 runs off 204 deliveries.

Washington Sundar took the crucial wicket of Steve Smith, while, David Warner was dismissed by Mohammed Siraj. Shardul Thakur got the better of opener Marcus Harris.

India suffered a double blow before the start of the match with Ravichandran Ashwin and Jasprit Bumrah ruled out due to injury. T. Natarajan and Washington Sundar made their debuts for India in Test cricket. Ashwin and Bumrah’s absence adds to India’s growing list of injuries already consisting of K.L. Rahul, Umesh Yadav, Mohammed Shami, Hanuma Vihari and Ravindra Jadeja. For Australia, Marcus Harris has replaced will Pucovski.

Australia were 274 for the loss of five wickets at the close of the day’s play.