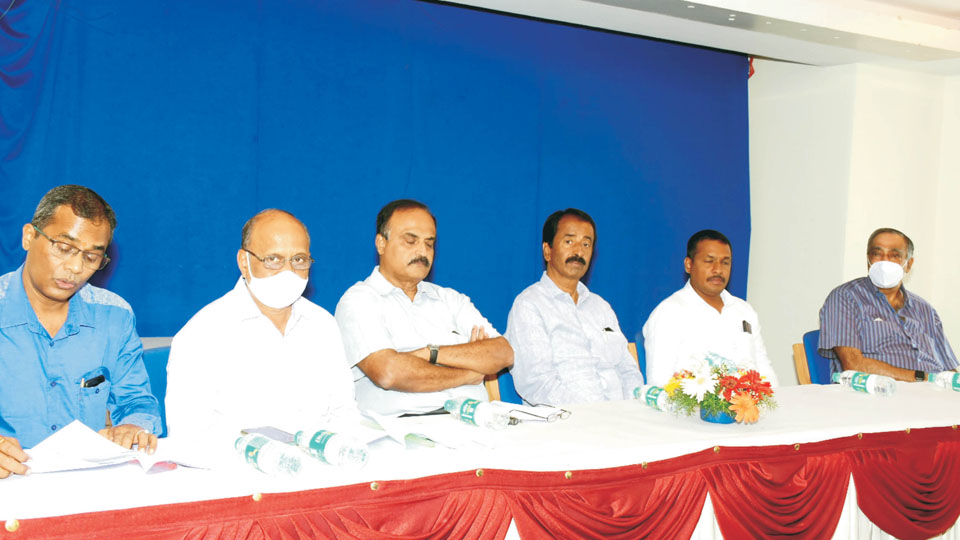 Mysore/Mysuru: With the ESCOMS (Electricity Supply Companies) of the State placing a proposal before the KERC (Karnataka Electricity Regulatory Commission) seeking a power tariff hike of at least Rs.1.60 a Unit and a Rs.75 increase in monthly fixed  charges for every HP,  the Industry bodies of the city and district coming under CESCOM jurisdiction have severely opposed the proposal.

A meeting in this regard was held at Siddhartha Hotel in the city this morning, which was chaired by Mysuru Industries Association (MIA) President Vasu, who is also a former Chamaraja MLA.

The meeting unanimously resolved to strongly  oppose the proposed hike at the meeting convened by KERC at the Deputy Commissioner’s Office here on Feb.17 to discuss the matter, for which industrial bodies, power consumer forums, members of the public and all other stakeholders have been invited.

Addressing the meeting, Vasu said that the industrial sector, which was badly hit by COVID pandemic just like any other sector, is now on the path of recovery. Pointing out that any power tariff hike at this juncture will have an adverse impact on the growth of  industrial sector, Vasu urged the KERC to reject the proposals sent by State-run power companies.

Wondering why the Government has set its eyes on the power sector for raising revenues when most of the charges or fares or fees in other service sectors have remained unchanged since the pandemic broke out, Vasu argued that it would be unwise if the Government announced any hike in power tariff at this critical stage. He also opposed plans to hike the monthly fixed charges for each HP by Rs.75.