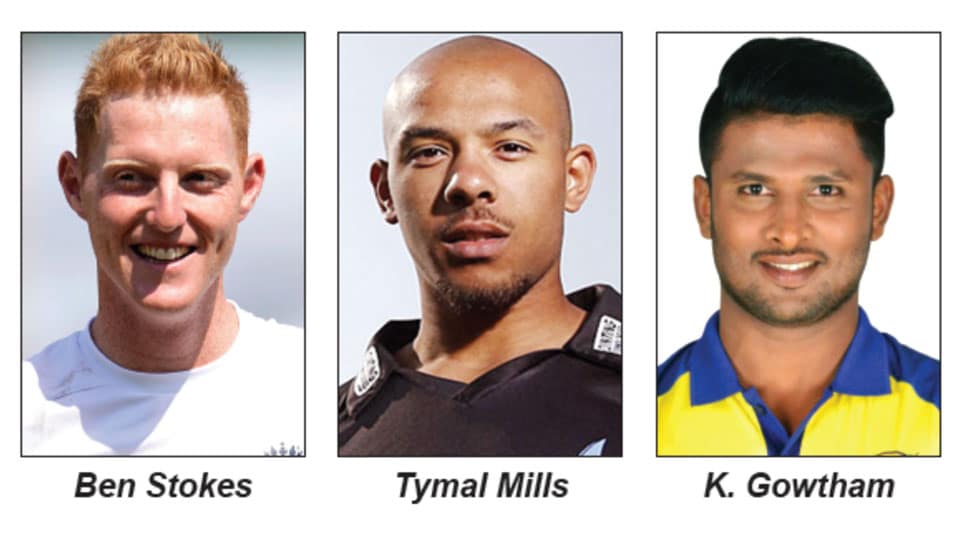 Bengaluru, Feb. 20- Ben Stokes of England became the most expensive overseas acquisition in the history of the Indian Premier League (IPL) as Rising Pune Supergiants (RPS) bought him for a whopping Rs. 14.5 crore during the IPL-10 auction being held at a private hotel here  this morning.

In an intensely-contested bidding that was kick-started by two heavyweights Mumbai Indians (MI) and Royal Challengers Bangalore (RCB), the Sunrisers Hyderabad and Delhi Daredevils also entered the bidding process but none of the four teams could match up to the valuation of RPS. Stokes also became the second-most expensive buy in IPL after Yuvraj Singh for Rs. 16 crore in IPL-2015.

England’s Chris Woakes was snapped up by Kolkata Knight Riders for Rs. 4.2 crore while Rashid Khan Arman became the highest bid Afghanistan player as Sunrisers Hyderabad bought him for Rs. 4 crore. South African Kagiso Rabada was taken by Delhi Daredevils for Rs. 5 crore. Meanwhile, Karn Sharma became the highest Indian player to be bid in the auction till now as he was picked up by Mumbai Indians for Rs. 3.2 crore.

K. Gowtham, the Karnataka all-rounder, who plays for the Mysuru-based franchise Mysuru Warriors in the Karnataka Premiere League (KPL),was sold to Mumbai Indians for Rs. 2 crore. Mohammad Nabi created history by becoming the first Afghanistan player to be picked in IPL. He was sold to Sunrisers Hyderabad for a base price of Rs. 30 lakh.

READ ALSO  'If IPL happens, it will be a shortened tourney'

The bidding was still on when we went to the press.

Cricket IPL
LOOKING BACK . . . On Book Launches and Book Clubs…
Vairamudi Utsav at  Melukote on Apr. 5