Home » News » It was me who brought A.H. Vishwanath to JD(S): Minister S.R. Mahesh 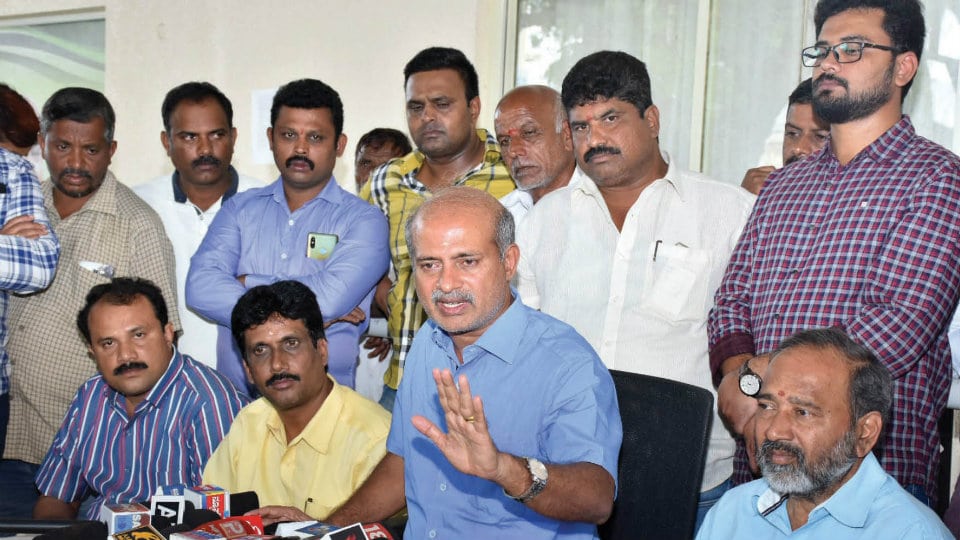 It was me who brought A.H. Vishwanath to JD(S): Minister S.R. Mahesh

Mysuru:  Claiming that it was he who brought A.H. Vishwanath to JD(S), Tourism Minister S.R. Mahesh said that he was now very much regretting his decision.

Addressing a press meet at his office on Rama Vilas Road here this morning, Mahesh said that Vishwanath, who was sidelined by the Congress, was brought to the JD(S) by him despite severe opposition from several party leaders. Maintaining that he gave a re-birth of sorts to Vishwanath, who was staring at political oblivion, by recommending a JD(S) ticket from Hunsur Assembly segment, over looking the bid by young JD(S) leaders Prajwal Revanna and G.D. Harish Gowda, Mahesh said that he (Mahesh) himself was to blame for the present situation of the Coalition Government, as Vishwanath along with two other JD(S) MLAs have resigned.

Dismissing Vishwanath’s allegations that he was a casteist as rubbish, Mahesh claimed that Vishwanath had himself come to his (Mahesh) farm house at K.R. Nagar when he was the State JD(S) President and said that he was in debts and the BJP was luring him to jump ship.

Asserting that he would stand by his remarks on Vishwanath at the Assembly yesterday, during which he had explained threadbare about Vishwanath’s latest politics, Mahesh asked Vishwanath to attend the Assembly Session on Monday and record his statement.

Maintaining that he was not the reason behind Vishwanath’s resignation, Mahesh announced that he would retire from politics if Vishwanath proved even one of his allegations against him. Corporator SBM Manju and former Mayor R. Lingappa were present.