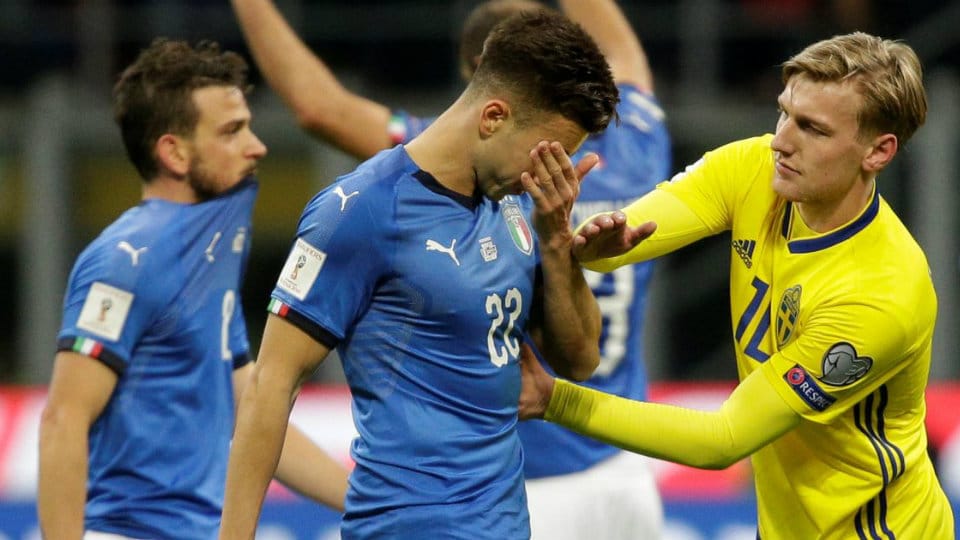 Italy failed to reach the World Cup for the first time since 1958 yesterday as they were held to a 0-0 draw in the second leg of their play-off at the San Siro by Sweden who qualified with a 1-0 aggregate victory. The four-time champions dominated possession but struggled to create enough clear-cut chances as Sweden secured a first appearance at the finals since 2006 courtesy of Jakob Johansson’s first-leg strike in Stockholm.

Despite the support of 74,000 fans in a white-hot atmosphere at the San Siro the 2006 World Cup winners could not find a way through.

It is the third time that the Italians will not compete at the World Cup, after not going to the first edition in 1930 and not qualifying for the 1958 finals in Sweden.

It marks the end of an era for iconic goalkeeper Gianluigi Buffon who will not be able to compete in his sixth World Cup.

At 39, the 175-times capped Buffon had announced that the finals in Russia would be his last as a player for the national side.

Without star Zlatan Ibrahimovic, who retired from the national team after Euro 2016, Sweden sealed a return to the tournament after failing to reach the last two editions. The last time the Scandinavians participated was in 2006.