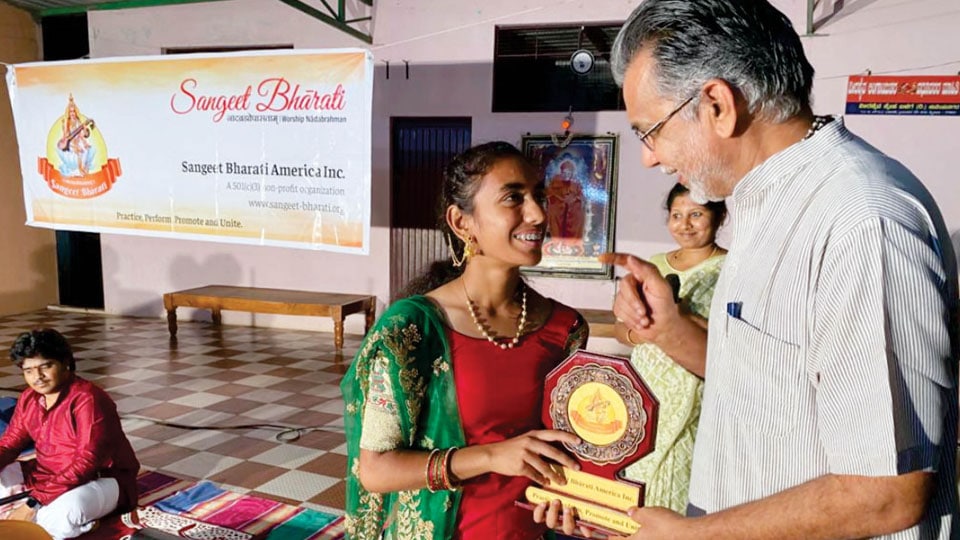 Jahnavi from Dallas performs in city

Ganjifa Raghupati Bhat attended the concert as the chief guest and distributed the mementos.

Sangeet Bharati America is a non-profit organisation registered in the State of Texas to promote Indian music in America and help students to practice Indian classical art forms. They publish e-books and make them available for free downloads on their website http://sangeet-bharati.org/, according to a press release from Shivakumar, Secretary, Sangeet Bharati America Inc.