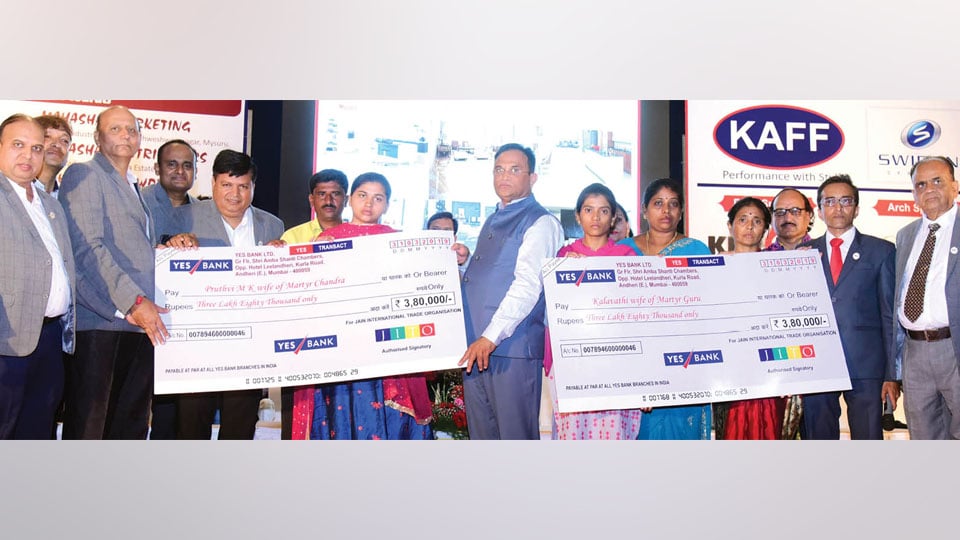 Mysuru: The installation ceremony of the new team of Jain International Trade Organisation (JITO), Mysore, for the year 2019-21 was held on Sunday last at MMC&RI Platinum Jubilee Auditorium in JK Grounds here.

As part of JITO’s service activity, a cheque for Rs.3,80,000 was handed over to Pulwama attack martyrs’ family — Kalavathi, wife of  Guru of Maddur taluk and Prithvi, wife of Chandra of Hassan.