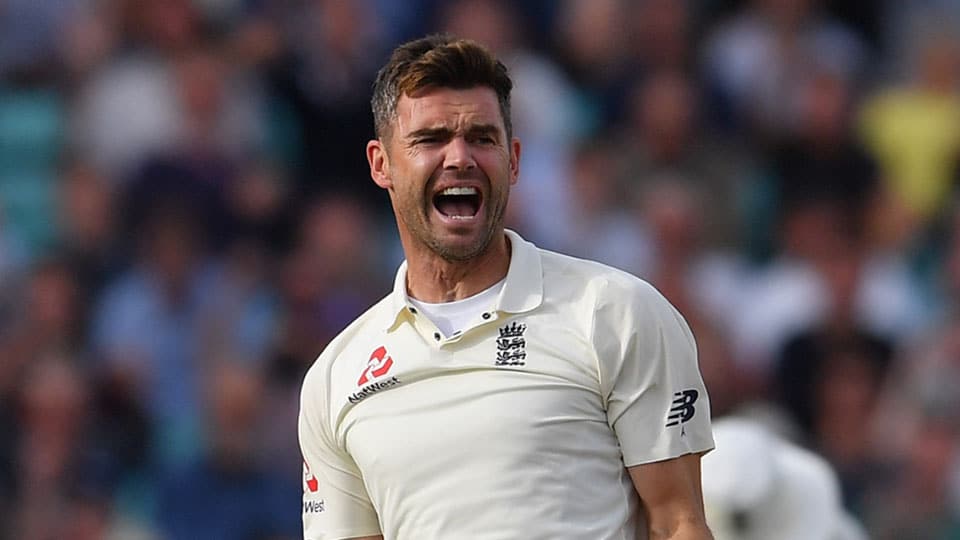 London: England fast bowler James Anderson on Tuesday became the most prolific pacer in Test cricket after taking his 564th wicket. He achieved this feat in the fifth Test against India at The Oval.

Anderson knocked out Mohammed Shami’s middle stump as the tourists were bowled out for 345.

Anderson, 36, made his Test debut in 2003 and has played 143 Tests for England. James Anderson dismissed both Shikhar Dhawan (1) and Cheteshwar Pujara (0) in India’s second innings.