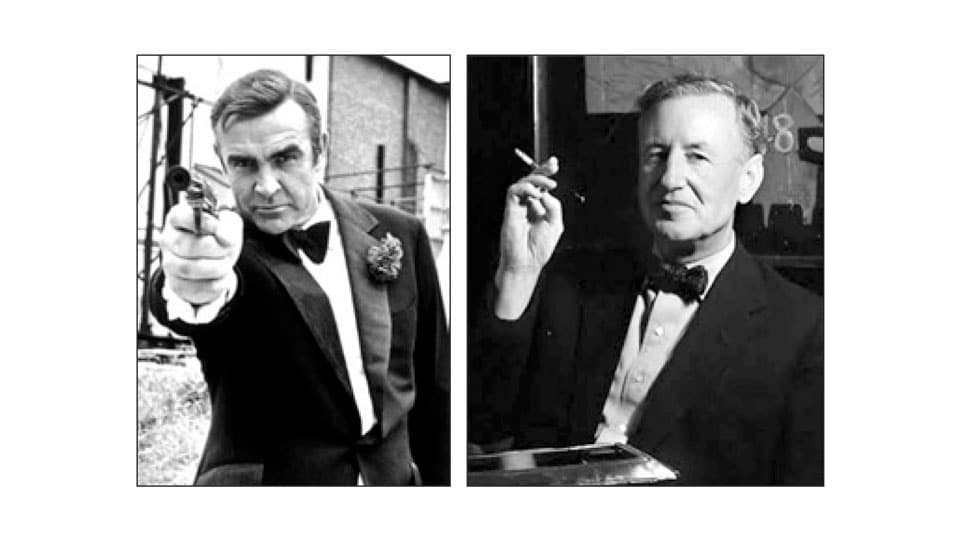 James Bond’s famous Gun and Me!

Sir Sean Connery, who once played the role of James Bond, the fictional character created by the British writer Ian Fleming, is no more. For a man who portrayed a gun-toting British secret agent, with a licence to kill, he meekly walked into the embrace of death while asleep, on 31st, October in the Bahamas, without making any attempt to draw his deadly gun, the legendary Walther PPK! More so for the larger-than-life character he portrayed, than for his own suave looks, the real-life Sean Connery had his own heart throbs and cult following as did the reel life James Bond.

My own romance with Bond began in the year 1966, two years after his creator himself passed away, when I was still a seventh standard student at the St. Mary’s English Middle School, although my romance with guns had started much earlier. The two of us met each other in the serialised comic strip of Deccan Herald, the newspaper which I would then read every passing day with great effort, for two reasons. Firstly, one of us in the class had to read out the headlines from some newspaper and discuss the news briefly in the first period of the day. This tradition started when we got a nun,  Sr. Clotilde as our new Head Mistress and class-teacher just as we entered the seventh standard, which incidentally was the year our school moved into a brand-new building.

To prepare myself for this    onerous task, in case it fell on me, I would always make it a point to familiarise myself with the headlines every day without fail before leaving for school. And, the second reason was that even in case I was not called to discuss the newspaper on any particular day, having prepared myself for it, I would be mighty impatient immediately upon my return from school, to find an audience to listen to all the news I had read up. This audience invariably used to be all the elderly ladies of the household who knew no English but would be most willing to listen to my translation of what the newspaper had told me!

Since Bond was a very charismatic, gun-toting hero in the highly sanitised comic strip, I would invariably read about all his adventures with great relish. When I moved into the eighth standard at the St. Philomena’s High School, being very fond of books from a much younger age, I would spend a great deal of my time before and after our classes in the school library. Mr. M.M. Prasanna Kumar, the teacher who was in charge of the library became very close to me because I used to help him to put back the books returned by the students into  their respective places in the cupboards.

This self-assumed duty which I loved very much, made me very familiar with every one of the books that we had in the library but there was one cupboard which I was not allowed to open and that was the one in which the books meant only for the staff members were kept, under lock and key. But I could not help noticing through its glass front, a row of about a dozen James Bond books that looked very inviting. But all my pleas that I should be allowed to borrow those books was turned down by my teacher who would always tell me that I was much too young to understand them. But when I told him that I was already accompanying James Bond every day in all his adventures in my newspaper comic strip, he relented but with the stern stipulation that I could read Ian Fleming’s books for just half an hour a day without taking them out of the library.

Very soon, my fellow classmate Jayadev Raja, who too was a comic strip James Bond fan like me, also managed to procure permission to join me in the library for the Bond book reading session. He was the son of Mr. K.C.K. Raja, the then Principal of the Police Training College from the year 1966 to 1970, who later went on to become the first Director-General of Police in Karnataka when the post was first created in the year 1982. The two of us Bond-struck boys would discuss nothing but our hero and his adventures and escapades during our free time. While Jayadev’s greatest thrill lay in the fact that the registration number of their black Fiat car was MYM 7007, my fascination was with Bond’s pistol which was a German Walther PPK. Since I was used to seeing my father always carrying his pistol, a minuscule Belgian Baby Browning, in his inside coat pocket, not unlike James Bond himself, I used to dream of growing up and acquiring a Walther like the one Bond carried. That was also the time when James Bond films were the rage and every boy in the school used to talk, breathe, dream, discuss and imitate Bond!

But very strangely, despite my fascination for him, I never got to see a single Bond movie then or at any time till now probably because I was never a movie buff. Our science teacher Mr. Albert Venny who then was and still is much smarter looking than James Bond himself, even wrote an article in our school magazine about the almost insane James Bond craze in youngsters at that time. I still remember a sentence in which he had said that not a single day passes without a schoolboy writing the number 007, which was Bond’s code name, in at least one of his notebooks!

As time passed and as we grew up from being boys to becoming men, this James Bond craze soon gave way to other fantasies and fascinations for most of us. But somehow, I could never outgrow my fixation for Bond’s favourite gun, the Walther. I continued to chase my dream and it did not fade even after my father transferred his English double-barrelled shotgun to me in the year 1979 when I was still a final year medical student. Although very handsome and powerful too, this gun was still no match for the gun of my dreams.

The lure of a handgun and the privilege of being able to carry it on your person is something quite different from owning just any other kind of gun! So as soon as I entered post-graduation I started coaxing and cajoling my dad to get me a Walther Pistol. When I refused his very magnanimous offer of exchanging my double-barrelled gun with his excellent Browning pistol, without going through the very difficult hassle of getting myself a second gun licence, he realised that it was not just any pistol that I was craving for but specifically for my dream Bond gun!

Now, you may naturally ask me what is so special about a Walther pistol which is not there in any other equally good pistol, except for the storybook James Bond romance? Without going into the technicalities, I’ll just tell you that unlike most other pistols, which have to be cocked before firing, the unique Walther double-action design permits the fully loaded gun to be carried safely, with the safety catch off and fired instantly with just a press of the trigger, even without cocking the hammer, which makes it extremely fast in an emergency situation. Actually, in his first two books Ian Fleming had armed his hero with a 6.35 calibre Beretta pistol. That was when British firearms expert Geoffery Boothryod wrote to Ian Fleming criticising his choice of a 6.35 calibre pistol as being too anaemic for a secret agent whose every shot had to kill! To prove his point, he even loaned his own pistols in both the calibres to Fleming, urging him to try them out and see for himself the difference in their power.

Convinced by the gun guru’s argument, Ian Fleming in his subsequent books equipped his hero with a Walther 7.62 calibre pistol because in the extremely dangerous life of any secret agent, split seconds can make the difference between life and death! And, that is why, I being a Bond fan, had to be armed, ready and lightning-fast, just like Bond himself !

To buy time and with the hope that I would soon outgrow my childhood fantasy, my father relented and said that I could go ahead and apply for a pistol licence, knowing very well that it would not be so easy for someone as young as I was to procure it, especially when I already possessed a licence for one gun. He was right because my application for a pistol licence languished in the files of the Deputy Commissioner’s Office for many months without making any progress. This was despite my having furnished all the requisite documents and certificates at an elaborate Police enquiry to prove that I was a person with a good character and a calm and sober temperament, with no known bad habits or criminal cases against me! I had even enclosed a certificate from my former NCC Officer, Capt. H.N. Ashwathanarayan, which said that I was well versed in handling all kinds of guns, including machine guns and that I was also the best rifle shot in the unit.

All my enquiries at the office about the progress of my application for a pistol licence only yielded the reply that the Deputy Commissioner had not cleared it for final sanction, for reasons best known only to himself. I was a very sad man during that long waiting period but there was nothing that I could do about it. I was completely powerless against an unpredictable, unresponsive and unrelenting bureaucracy. That was when providence smiled on me most unexpectedly…through someone else’s pain!

My family and I wish you all a very Safe and Happy Diwali!