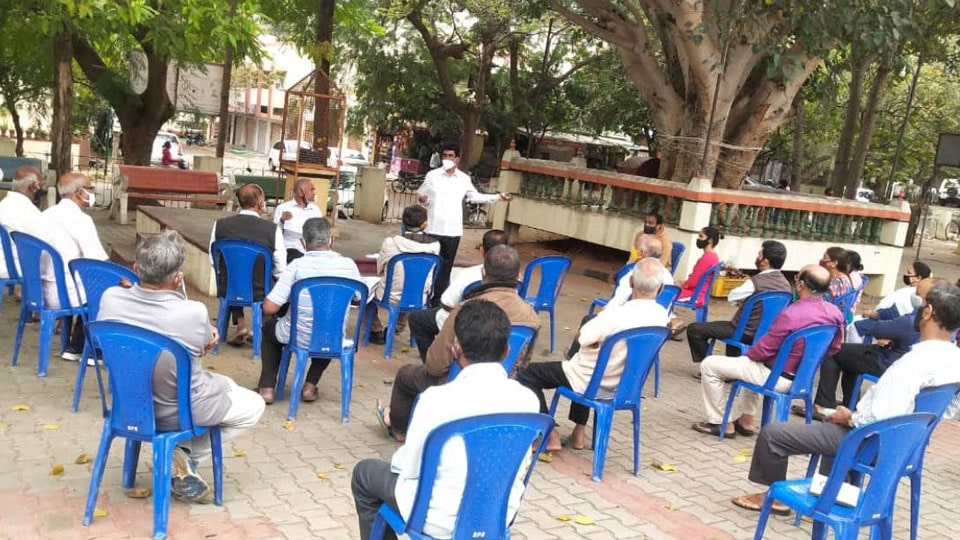 The Jan Sampark Sabha, which was stopped due to COVID-19 pandemic, was held on Sunday after a gap of nine months in MCC Ward No. 6.

The public meeting was conducted by Corporator SBM Manju at 8 am at Kannada Kuteera premises, adjacent to Sri Mahaganapati Temple at Brindavan Layout during which the Corporator received complaints from the Ward residents. The Corporator, who summoned MCC Officials to the meeting venue, got many problems solved on the spot.