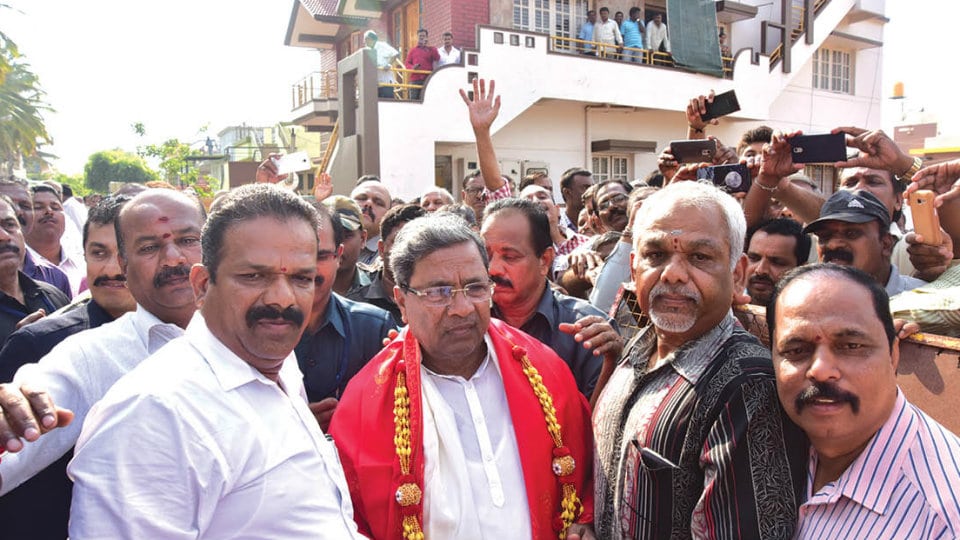 The meeting has led to speculations about JD(S), which recently extended its support to Congress in the BBMP, joining hands again in Nanjangud and Gundlupet Assembly by-polls.

However, Narasimhamurthy, who spoke to media persons later, said that he had come   to meet CM with a request for a Vokkaliga Convention Hall in Nanjangud.

JD(S) has not fielded its candidates in both the Constituencies for the by-elections scheduled for Apr. 9.

Meanwhile, the members of Vikrant Tyres Employees Association too called on the CM and felicitated him for increasing the retirement age of private firm employees from 58 years to 60 years.