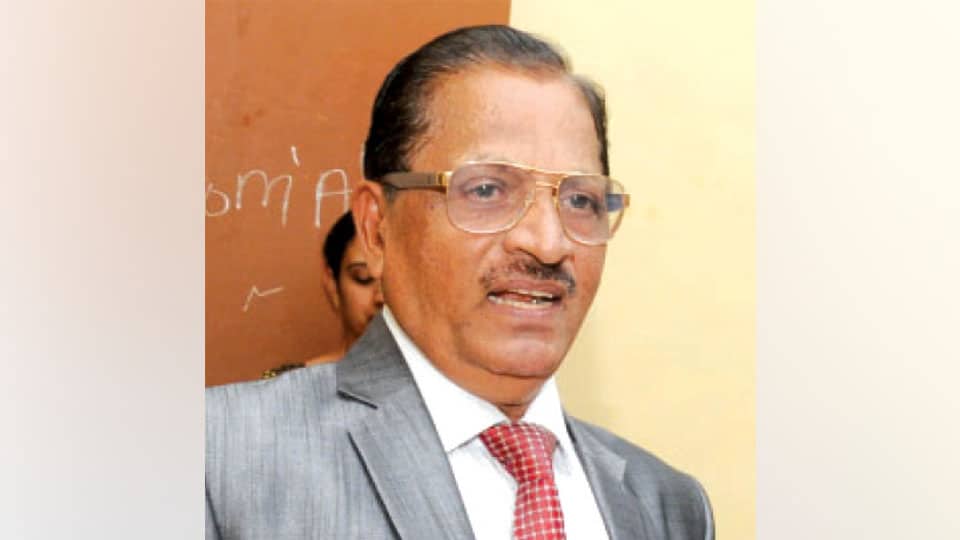 The revoking of Articles 370 and 35(A) that had given special status to Jammu and Kashmir shows the ‘decisive leadership’ of Prime Minister Narendra Modi. This is a very bold step of the Central Government. This decision is very right as it is in the interest of the unity and integrity of the country and viewing the country as one Nation. For a few people, the families are more important than the country.

There will always be criticism and opposition for any good work. However, as leaders one must not bow to such pressures and it is very important to take such tough decisions.

Late Prime Minister Indira Gandhi had also displayed such ‘decisive leadership.’ Punjab terrorist leader J.S. Bhindranwale had stored weapons and arms in Amristar’s Golden Temple premises. Even though this was a religious place, Indira Gandhi through ‘Operation Blue Star’ in 1984 had the temple invaded by the Army and eliminated Bhindranwale. She had stood for the support of East Pakistan and was responsible for the defeat of Pakistan in the 1971 war and the creation of Bangladesh. Now, Modi has displayed such a decisive leadership quality.

After independence, Mysore Maharaja it is said, had demanded for separate statehood. The then first Chief Minister K.C. Reddy and other Congress leaders saw to it that the Mysore kingdom was acceded to the country.

However, in case of Jammu and Kashmir, Jawaharlal Nehru did not give this responsibility to Sardar Vallabhbhai Patel. Instead he listened to the British and placed this issue before the United Nations.

Then America was supporting Pakistan and only Soviet Union (now Russia) spoke in favour of India. Hence, Jammu-Kashmir remained with India. Russia’s contribution must be remembered during this juncture.

Congress must be squarely blamed for Kashmir problem. Even though Nehru was a giant leader, inserting Article 35(A) via the Constitution was a big blunder. J&K without any condition and of its own volition has joined the Indian federation. This has become a State. Hence, it is not right to give special status to J&K for a long time, wrote Jammu and Kashmir High Court Justice A.S. Anand in his book.

In the light of this the Modi Government revoking Articles 370 and 35(A) is a welcome decision.

Just as Ladakh has been given the status of Union Territory with no Legislature and the rule from the Centre, J&K must have retained the status of a State keeping in mind the administrative view. This is my personal view. However, since the decision has been taken in the interest of the Nation, it is a welcome move.

J&K was very peaceful place where tourists used to throng.  But after 1987, the unrest began in the valley due to provocation by Pakistan and terrorism reared its ugly head. But the ceasefire violation on the border increased. The people of Jammu and Kashmir wilted under the pressure of leadership of Mufti Mohammad Sayeed and Farooq Abdullah. They created unnecessary fear among the people and spoke in favour of Pakistan.

They resorted to all kinds of things including claiming that they were holding dialogues with Pakistan. These two families treated J&K as their personal fiefdom.

In 1969 under the special status 90 per cent grants came from the Centre and only 10 per cent was in the form of loan but this did not help alleviate poverty and the feeling of alienation did not go away in the region. The separatists used funds from Pakistan and misused the special status.

All these issues have been addressed today. Apart from quelling terrorism, the decision is a bold one in the interest of the Nation.

ONE COMMENT ON THIS POST To “J&K Special Status Revoked: “Proof of ‘decisive leadership’ of Prime Minister Modi””