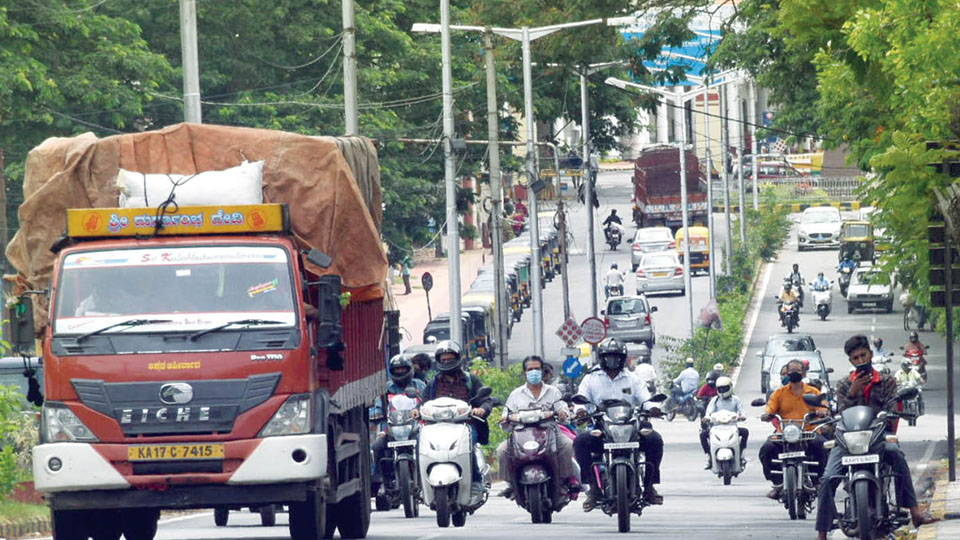 Mysore/Mysuru: Vidyaranyapuram Police have arrested four persons including two women on charges of snatching a gold chain of a girl in city.

The accused are 28-year-old Nagaraju of Ranebennur, 19-year-old Naveen Kumar, 34-year-old Ayesha and 32-year-old Kumuda, all from Davanagere.

On Sunday morning, the girl, identified as Sowmya, was taking her dog for a walk near a hotel on JLB Road, when a miscreant snatched her gold chain and jumped into a waiting car. But Sowmya attacked the man behind the wheels of the car with the stick she was carrying to keep other dogs at bay resulting in the car driver losing control of the car, which hit a roadside tree and also the vehicle carrying Trin Trin bicycles to docking stations before coming to a halt. Soon, passersby managed to catch hold of the miscreants and handed them over to the Police.

The Police, who interrogated the miscreants in the car, also arrested two women, who were a part of the crime and had fled from the spot.

During interrogation, the Police came to know that the four accused had attempted to snatch a gold chain in Bengaluru and after the failed attempt, they had come to Mysuru with the same motive.