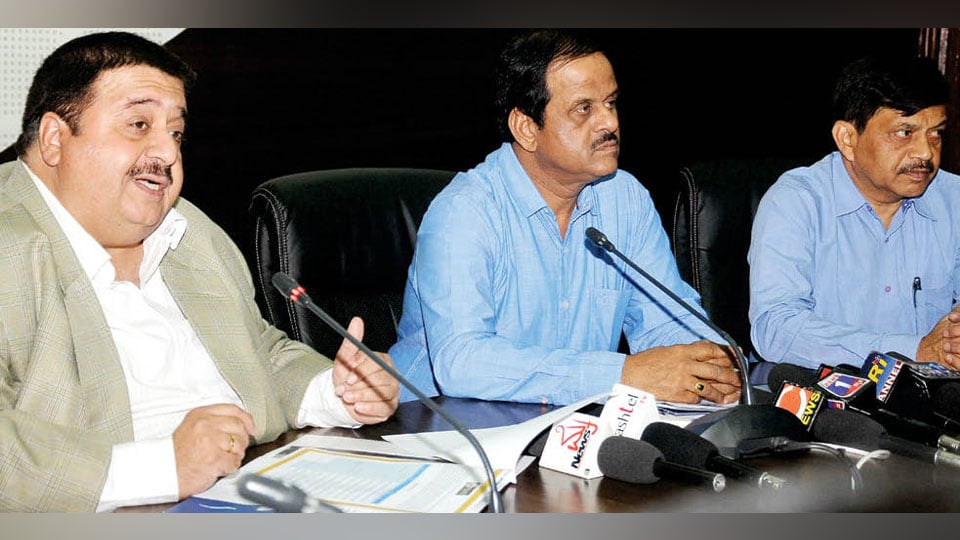 Jagadguru Sri Shivarathreeshwara (JSS) University, Mysuru, tops the list of Young Universities (established between 5 years and 10 years) in the survey conducted by the Karnataka State University Rating Framework (KSURF) and the Higher Education Council, Government of Karnataka, based on quality of education, research and infrastructure by scoring 711 out of 1,000.

Disclosing this at a press meet at JSS Mahavidyapeetha on Apr. 1, Executive Secretary Dr. C.G. Betsurmath said that the Karnataka State Higher Education Council (KSHEC) of the Department of Higher Education, Government of Karnataka, released the inaugural edition of the KSURF, a comprehensive assessment of all the State, Private & Deemed Universities, at the hands of Basavaraj Rayaraddy, Minister for Higher Education, at Bengaluru on Mar. 31.

The report has been compiled by ‘ICARE Ratings’, the research and analysis division of the Indian Centre for Academic Rankings & Excellence, a prestigious rankings & ratings agency on behalf of the Government.

Out of the 52 universities in the State, 42 were evaluated as part of the survey while ranks were allotted to only 38 Varsities.

For an unbiased and accurate assessment, Universities were divided into four categories based on their year of inception and type — New University (0-5 years), Young University (5-10 years), Established University (10+ years) and Specialist University (specialises in ONE core discipline such as Music, Agriculture, Horticulture, Folklore, Kannada Language, etc.).

In the inaugural edition of the ratings, under the Young Universities Category, JSS University scored high on Teaching Excellence, Inclusiveness, Research and infrastructure.

JSS University VC Dr. B. Suresh, who also spoke, said that having topped that list has boosted the confidence of the staff and the University envisages to emerge as the ‘most respected University’ in Karnataka, Nationally and globally and will continue to provide quality education that can help transform individuals and the society.

Varsity campus at Varuna: Meanwhile, a smart campus for JSS Uiversity has been proposed at Varuna in the taluk at a cost of Rs. 2,000 crore and guddali puja for the same will be performed by Suttur Seer Sri Shivarathri Deshikendra Swamiji on Apr. 29.

In the first phase,  Rs. 500 crore worth works will be taken up and  it will be completed by December 2018.