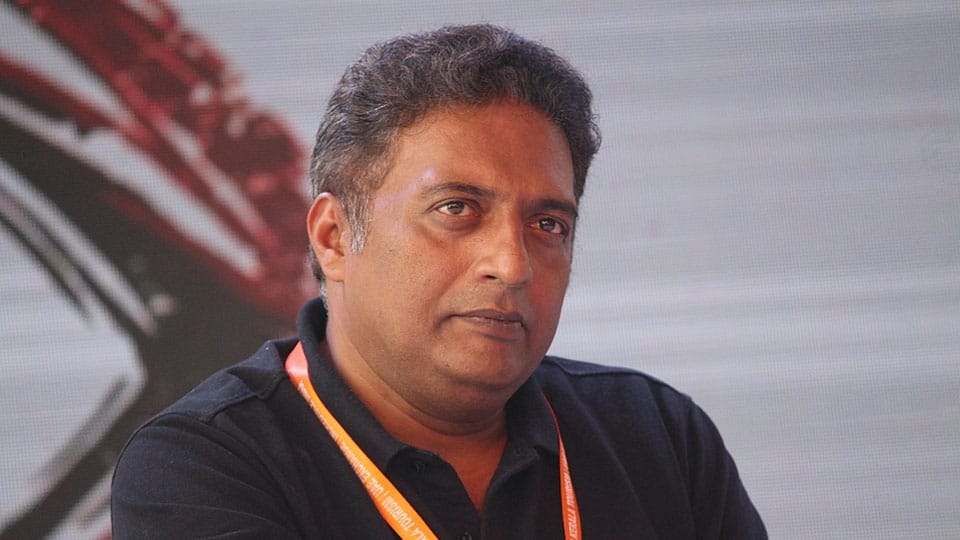 Mysuru:  Asserting that ‘Just asking,’ a platform launched by him to question wrongs in the society, will act as a ‘Permanent opposition,’ multi-lingual actor Prakash Rai has said that it would be good for all as there should be a permanent opposition party always.

In an interaction with journalists at Pathrakartara Bhavan here yesterday, Prakash Rai, replying to a query, denied any plan to transform into an alternative political platform on the lines of Aam Admi Party (AAP)   in New Delhi.

Wanting the voters to be affirmative in voting against communal forces, the actor said the recent disturbing incidents in the country do not augur well.

Answering a question on a recent survey by Association for Democratic Reforms (ADR) which has revealed that the Congress topped the list of candidates with criminal cases in the State, followed by JD(S) and BJP, Rai said all politicians were opportunists. When sought to know whether he was in favour of the Congress, Rai claiming to be neutral, said that he was only in favour of the people.

“Though I personally like Chief Minister Siddharamaiah, I am not in favour of either his (CM) party or any other party,” he remarked. Launching a tirade against BJP, Rai said that the BJP was not ready to resolve issues through interaction. Alleging that BJP leaders are trying to create fear among the people who question them, the actor said that he had hired private security personnel after BJP workers tried to attack him after blocking his car in Kalaburagi recently.