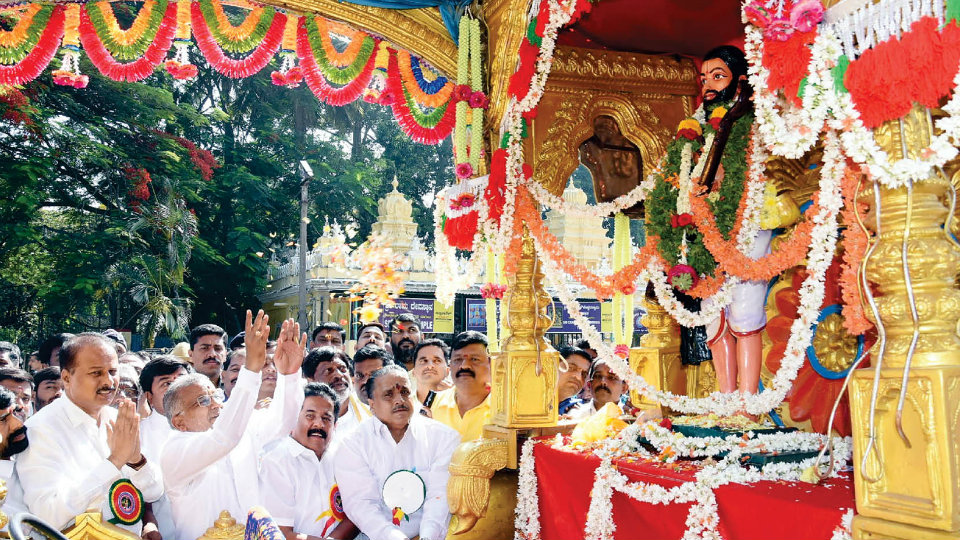 Mysuru: A colourful procession marked the 531st Kanakadasa Jayanti celebrations, organised by the District Administration, Kanakadasa Jayanthotsava Samiti, Department of Kannada and Culture, in city this morning. Hundreds of Kuruba community members took out a procession, carrying a statue of Saint Kanakadasa on a silver chariot, that began from Kote Anjaneyaswamy Temple, Palace North Gate.

The chariot was decorated with flowers. Various folk troupes, including Beesu Kamsale, Puja Kunita, Dollu Kunita, Veeraghase, Mahila Veeraghase, folk dances and persons dressed as Sangolli Rayanna were the cynosure of the eyes at the procession.

The tableaux featuring Alambadi Junjegowda, the person behind the construction of the temple at M.M. Hills, social reformer Basavanna, Dr. B.R. Ambedkar, freedom fighters Sangolli Rayanna, Kittur Rani Chennamma, Kanakadasa’s life and a special tableau portraying the social schemes of the previous State Congress Government were the other attractions. 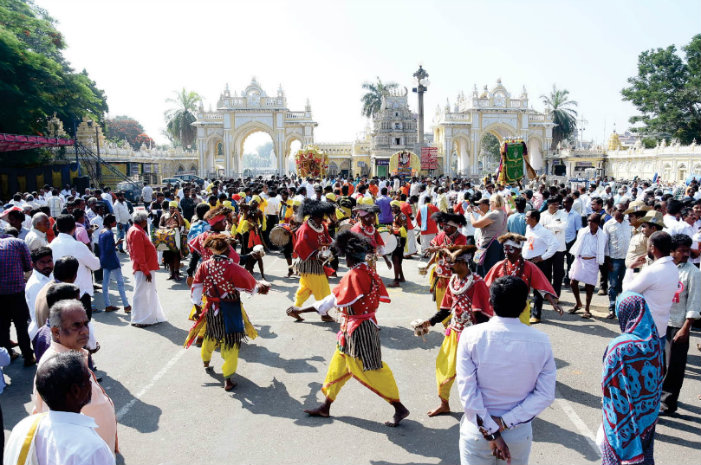 Devotees offered puja to portrait of Kanakadasa along the procession route. People were seen clicking pictures of the procession from their mobile phones.

Earlier, speaking after flagging off the procession, State Higher Education and District Minister G.T. Devegowda remembered the contributions of 16th century Saint Kanakadasa in reformation of caste-ridden society through his keerthanas. His teachings and messages are still relevant in the society, he added.