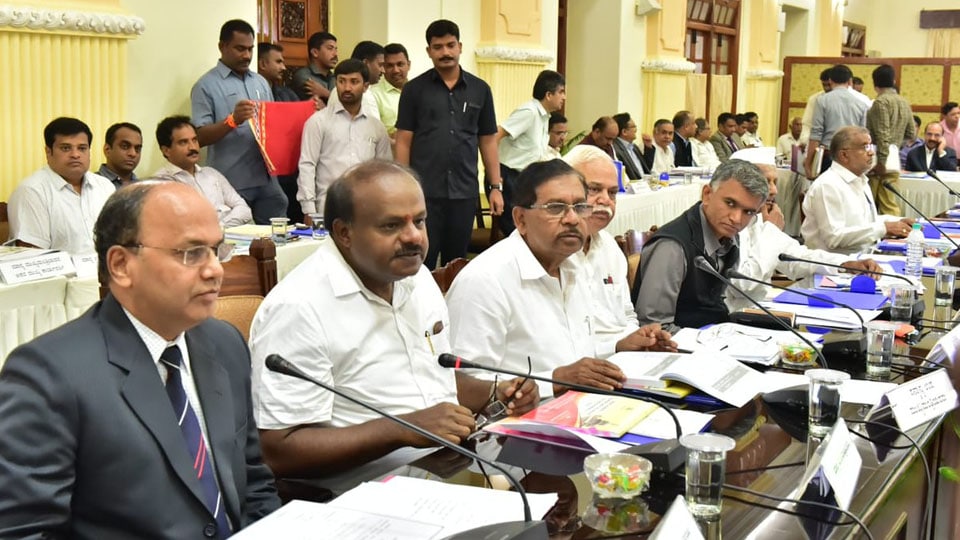 To launch construction of houses in Kodagu on Dec.8

Speaking at a review meeting with Regional Commissioners, Deputy Commissioners and ZP Chief Executive Officers (CEO) at Vidhana Soudha, the CM directed the officials to collect all details related to loan waiver scheme before Dec.1.

As many as 4,000 farmers have submitted affidavits in Sedam and Doddaballapur where the pilot project is being implemented, he said while also directing the officials to protect street vendors from harassment by money lenders.

Later speaking to press persons, Kumaraswamy said that his Government had achieved 90-92 percent progress in collecting information from Banks on crop loans that the farmers had borrowed.

“So far, we have collected information on crop loans borrowed by 20.80 lakh farmers from 33 Public Sector Banks and 21 lakh farmers from Co-operative Banks. Funds will be released to the Banks based on this information,” he said while hitting out at Prime Minister Narendra Modi for criticising his loan waiver scheme, which is pegged at Rs.45,000 crore.

Construction of houses in Kodagu to be flagged off on Dec.8: The CM further said that the Government will build 1,000 new houses at a cost of Rs.10 lakh each on a 120 acre land for those displaced in Kodagu floods and added that he will be flagging off the project on Dec.8.