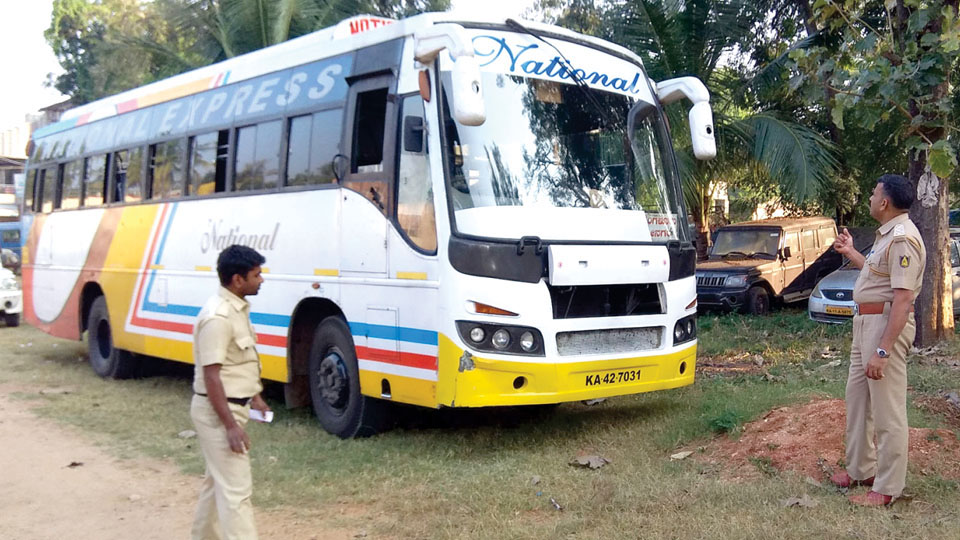 K.R. Pet: The angry public reportedly stopped a National Travels bus owned by Minister B.Z. Zameer Ahmed Khan’s family that plies between K. R. Pet and Bengaluru daily without a valid route permit and handed over the vehicle to K.R. Pet Police to take further action in this regard here yesterday. More than six buses belonging to National Travels shuttle between K.R.Pet and Bengaluru daily without any valid permit since many years.

In the wake of Kanaganamaradi bus tragedy that killed 30 people a few days back, the Police and Transport Department officials had banned the private buses illegally operating in the taluk from the last three days.

As the situation was limping back to normalcy after the bus tragedy, privates buses resumed its operations on Tuesday. A group of people and members of Asare Samaja Seva Trust led by its President Manjunath halted the bus owned by National Travels and alerted the Police.