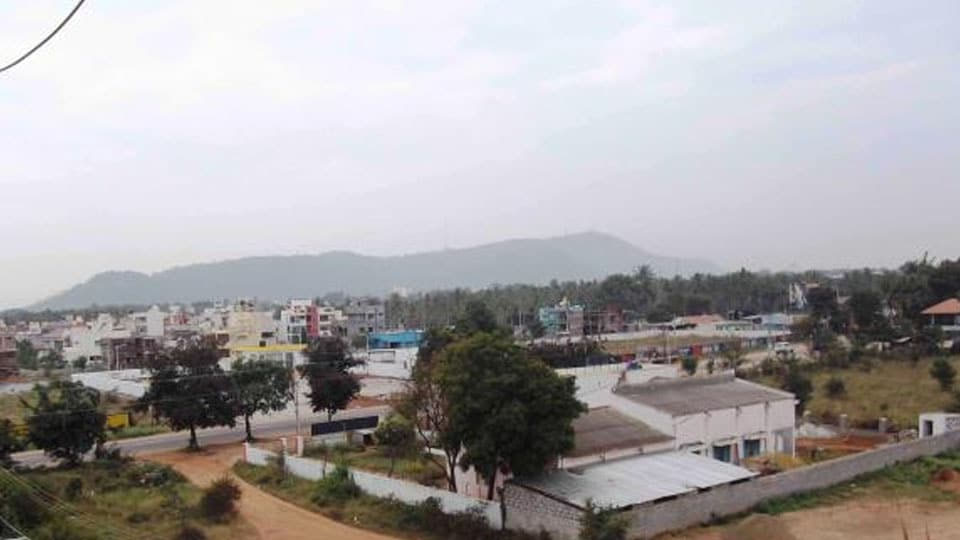 Mysuru:  In what looks like a face-off, thousands of residents of Kurubarahalli Survey No.4 will meet Chief Minister H.D. Kumaraswamy tomorrow near Pinjrapole at the foot of Chamundi Hill at 7 am and present him a memorandum  urging him to intervene to resolve the problems they have been facing for the last few years.

Disclosing this to Star of Mysore here this morning BJP Leader and Sy. No. 4 Hitarakashna Samithi Convenor B.P. Manjunath said that the residents of the area were frustrated regarding the false claims of the previous government that the ‘B Kharab’ classification had been dropped at a meeting of the State Cabinet in March this year.

“It was just a political gimmick just before the elections by the previous Congress Government. When we checked we found that the Cabinet had not dropped the ‘B Kharab’ classification of the MUDA layouts coming under Sy. No. 4, Kurubarahalli and only the files had been sent from the Mysuru DC’s office to the Government,” he said.

Since the Chief Minister is coming to Mysuru tonight we are planning to meet him and highlight the problems the residents of Siddarthanagar, KC Layout, JC Layout, Income Tax Layout and Alanahalli, all coming under MUDA, are facing as they have not been issued Khata, Sy. No.4 Hitarakshana Samithi Convenor B.P. Manjunath said.

MP Pratap Simha, MLAs S.A. Ramdas and L. Nagendra will also join them to meet the CM, he said.

“Nearly 25,000 to 30,000 residents who have been issued title deed by the MUDA have been cheated by the previous Congress government. The plight of many has worsened and a few of them have also died. They are not able to sell or take loan on properties, because of the non-issuance of the Khata,” he said.

He also said that the residents of the association along with the elected representatives would go to Vidhana Soudha on August 12, and sit in dharna demanding that the problem be resolved at the earliest.

Meanwhile, when Star of Mysore spoke to Additional Deputy Commissioner T. Yogesh this morning he said, “We have not received any official confirmation with regard to Kurburahalli Survey No. 4 about the decision taken in the Cabinet meeting in March. All we are aware of is that after a meeting chaired by the DC, a report had been sent to the Government.”

Those who are interested in participating in the meeting may contact Hitarakashna Samithi Convenor Manjunath on Mobile: 98440 79165 or member Prakash Jain on Mob: 98453 57577.