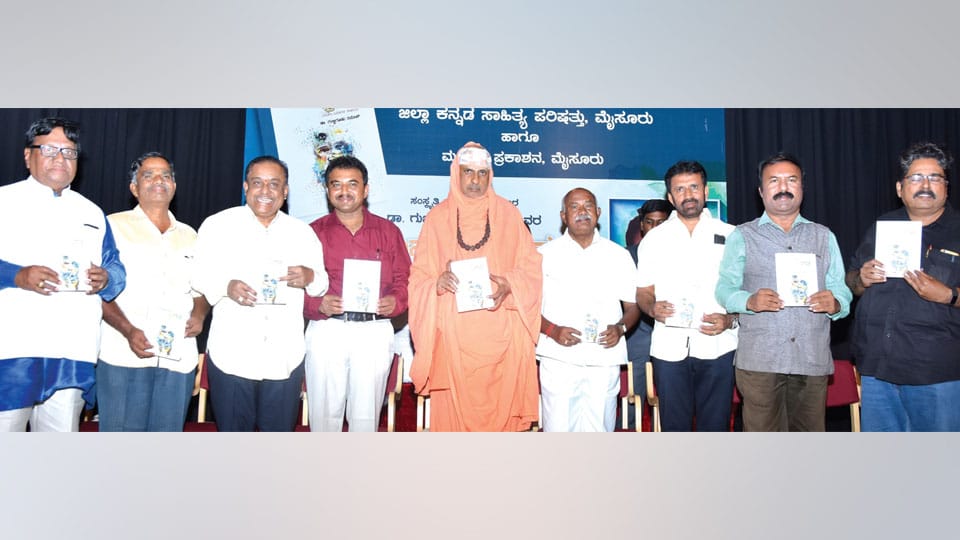 He was speaking after releasing Writer and Columnist Gubbigoodu Ramesh’s work Saamanyanobbana Swagatha, a collection of his (Ramesh) articles published n Kannada daily Mysooru Mithra, a sister concern of Star of Mysore, at a programme jointly organised by the District Kannada Sahitya Parishat and Mahima Prakashana at the mini-theatre in Rangayana premises here on Thursday.

Pointing out that he had released three books already this month and he would release the fourth one soon, Vishwanath regretted that although the number of Kannada books being published is increasing by the day, the readership is not growing in the same proposition.

Noting that although Kannada Book Authority has been publishing books regularly, it has not made serious efforts for increasing the number of readers, Vishwanath called for innovative measures for attracting readers towards Kannada books.

Recalling his work as Kannada and Culture Minister earlier, Vishwanath said Star of Mysore Editor-in-Chief K.B. Ganapathy encouraged Gubbigoodu Ramesh by publishing his articles in Mysooru Mithra and this has motivated Ramesh to write more.

Renowned Music Director Hamsalekha, who spoke after receiving the first copy of Saamanyanobbana Swagatha, said that Gubbigoodu Ramesh was known to him for the past 25 years, as a friend, follower and well-wisher.

Recalling that Ramesh sends him a draft copy of his every work before it goes for publishing, Hamsalekha said that Ramesh was a talented Writer who was well-versed in prose, drama and poetry.

Suttur Seer Sri Shivarathri Deshikendra Swamiji, who graced the occasion, said that it was important that Writers come out freely with their expressions.

He pointed out that Ramesh has also written about the much debated Mekedatu Project issue, which sheds light on the plight of farmers in Karnataka and Tamil Nadu.

Noting that K.B. Ganapathy has been encouraging budding Writers by giving them a chance to reach out to the readers, the Seer said that Ramesh’s column in Mysooru Mithra, had reached out to the readers in large numbers.