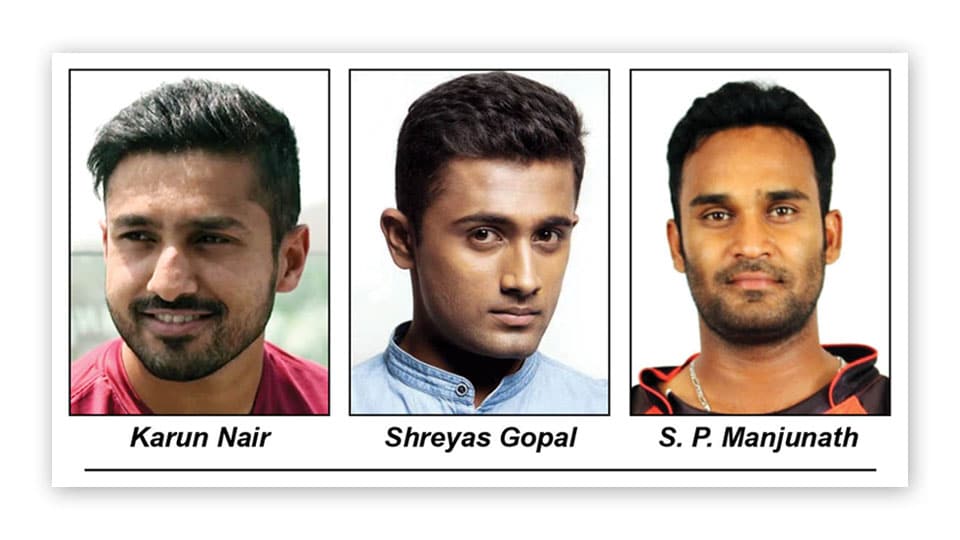 In the player auction, held at the M. Chinnaswamy Stadium here yesterday, 18 players were picked for the Mysuru Warriors team. The KPL sixth edition that is all set to start from Sept. 1, will be seeing six other teams ­­­­— Bellary Tuskers, Belagavi Panthers, Bijapur Bulls, Namma Shimovagga, Hubli Tigers and Kalyani Blasters — competing in this tournament.

The Warriors picked up Karun Nair in the auction who might lead the team as well. Other players to watch in the team will be Shreyas Gopal, Suneel Raju, Shivil Kaushik, Arjun Hoysala, S.P. Manjunath among others.

Commenting on the new team, Arjun Ranga, Owner of Mysuru Warriors and Managing Director of Cycle Pure Agarbathies, said, “We are excited about the way our team has shaped up. We have ensured that the team has a balance of fresh and experienced players. The team management has assembled fine set of players and it will be quite amazing to see them perform during the league. We wish all the luck to the teams and hope to see some exceptional cricket this edition.” 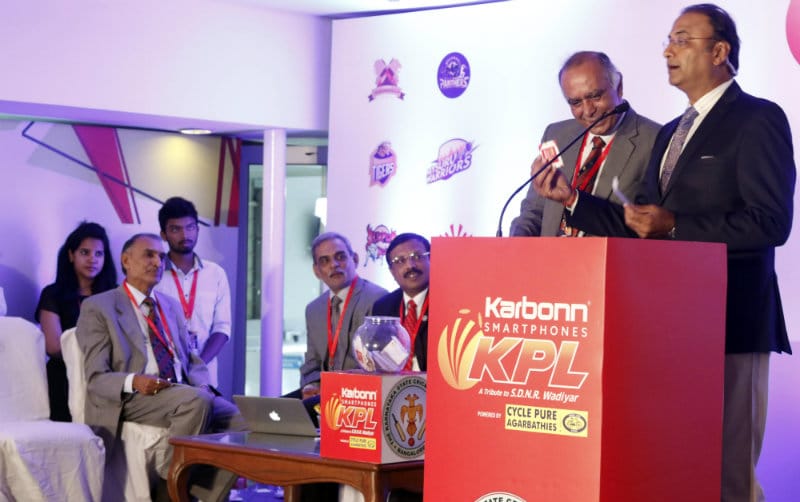 The tournament will be hosted in the three venues across Karnataka — Bengaluru, Mysuru and Hubballi. The year’s Karbonn Smartphones KPL 2017 will be played in the memory of the late Srikantadatta Narasimharaja Wadiyar, former president of the KSCA and the Scion of the Mysore Royal family.

A total of around Rs. 2.06 crore was spent on 126 players. The Pool A players, naturally, sizzled most at the auction tables, with both K. Gowtham and Amit Verma going for a massive Rs. 7.2 lakh each. Mayank Agarwal also breached the Rs. 7-lakh mark in what was another bidding war that involved almost all the participant teams. There were others in Pool ‘A’ who went for big money. R. Samarth was picked up for as much as Rs. 5.9 lakh by Bengaluru, who saw off both Ballari and Bijapur for his signature.

Anirudha Joshi was the subject of a fierce battle between Mysuru and Namma Shivamogga, the latter eventually picking him up for Rs. 5.8 lakh. Prateek Jain was another player who excited the tables, with all of Ballari, Bijapur and Mysuru vying for him. Ballari, who kept the paddle raised throughout, ended up winning that battle, claiming Prateek for Rs. 5.5 lakh.

The Pool B auction, held in the afternoon, had more than its share of exciting bidding as well.  R. Jonathan became the costliest Pool B player from the 2017 player auction.

Modelled on the lines of IPL, the 20-20 tournament is organised by Karnataka State Cricket Association (KSCA) and will witness competition between 7 teams. Started in 2009, the Karnataka Premier League is now in its sixth edition which will commence on Sept. 1.