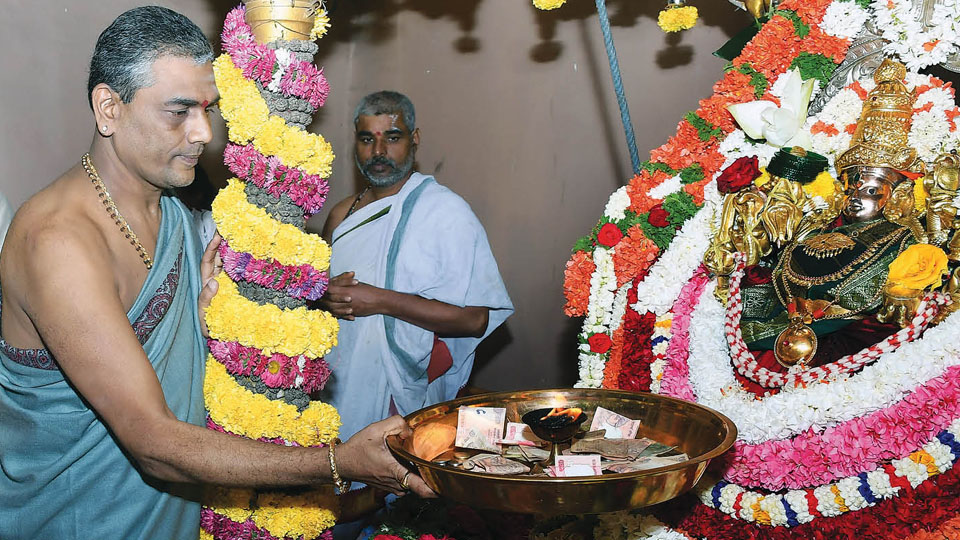 Karnataka to re-open Temples from June 1

Bengaluru: The Karnataka Government yesterday said Temples in the State could be re-opened from June 1. The final decision, however, will be taken after the Centre releases its guidelines once the fourth phase of the lockdown is over on May 31.

Temples in Karnataka have been closed for more than two months now. If they open on June 1, Temples will have to follow a standard operating protocol (SOP) across the State.

After the meeting with the CM, Minister of Muzrai and Fisheries, Kota Srinivas Poojary, told reporters that the SOP will be issued soon. “Trains and flights have already restarted. Many people are requesting we open the Temples. Hence, it was decided that temples can reopen from June 1,” Srinivas Poojary said. “We will allow only day-to-day rituals and not permit any Temple fairs and events. SOP regarding the reopening will be issued soon after discussions with officials,” Poojary added.

After the meeting, Yediyurappa launched an app-based online booking of sevas and puja services and e-donations to the Temples. Through the app, devotees can book sevas from 52 temples under the Muzrai Department.

These temples include the well-known Sri Chamundeshwari Temple in Mysuru, Sri Mookambika Temple in Kollur, Kukke Sri Subramanya Temple in Dakshina Kannada, Renuka Yellamma Temple in Saundatti, and Gavi Gangadhareshwara Temple and Banashankari Temple in Bengaluru. The Government is yet to make a statement on the opening of other religious places like Mosques and Churches.