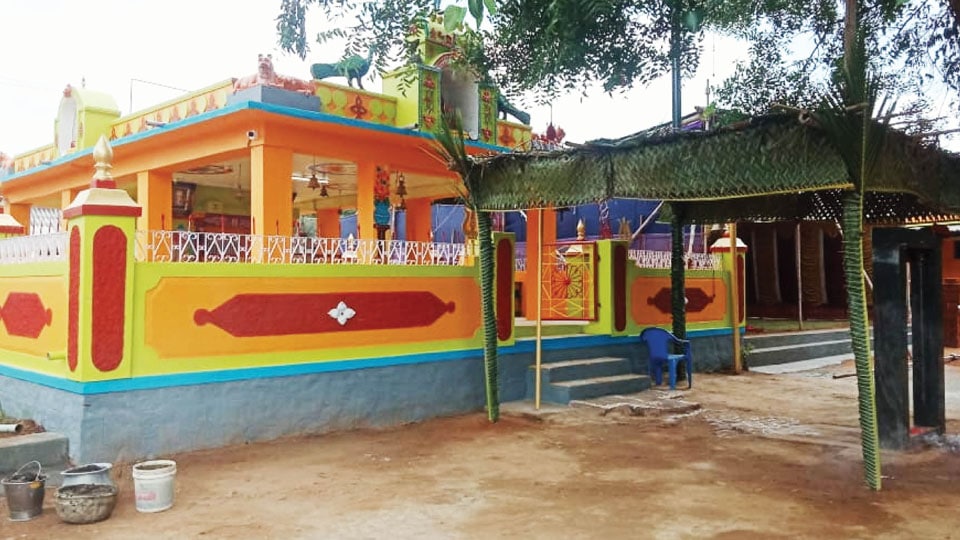 Hanur (Chamarajanagar): The Kitchguth Maramma Temple at Sulwadi in Hanur taluk of Chamarajanagar District, which re-opened on Oct. 20 last after it was shut down in Dec. 2018 following the  infamous food poisoning incident in which atleast 17 people lost their lives and over 100 others fell ill, has recorded a Hundi collection (offerings box collection) of  nearly Rs.1.7 lakh over the past two-and-a-half months of its re-opening. The counting of the temple Hundi took place on Wednesday and the offerings stood at Rs.1,69,600.

The Kichguth Maramma Temple had hit national headlines when 17 devotees died and over 100 others fell ill after consuming poison laced ‘Prasada’ offered at the temple on Dec.14, 2018. A factional fight over temple revenue is said to have led to food for devotees being poisoned. Following this incident, the temple was shut in Dec.2018 and was re-opened nearly two years later in Oct. 2020 following demand by the devotees.

Four persons — Immadi Mahadevaswamy, Madesh, Ambika and Doddaiah were arrested days later in connection with the case and all of them are in jail since then.