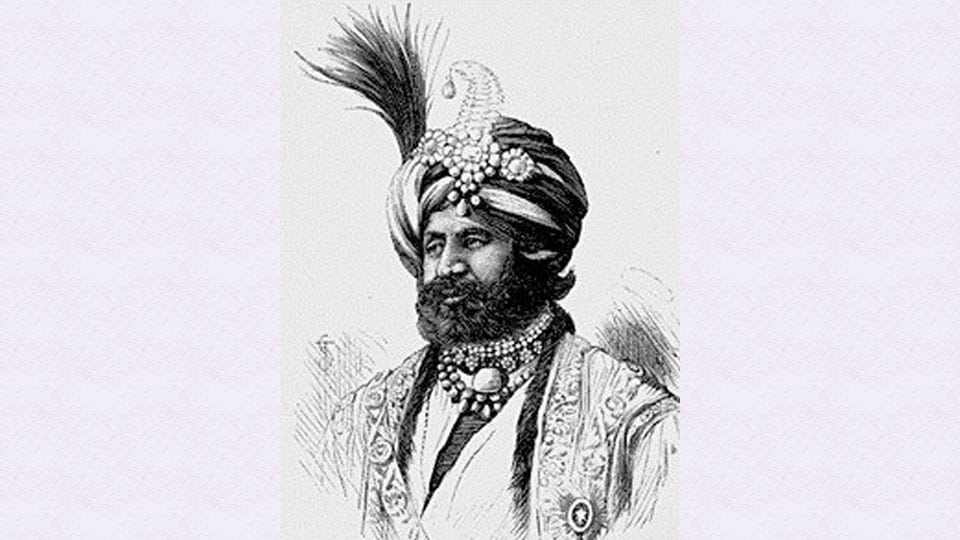 History is witness to rise and fall of empires and smaller kingdoms from the time of Ashoka the Great. In fact, it was Ashoka who unified most parts of the country. After the Kalinga war which saw a lot of bloodshed and killings he embraced Buddhism and preached truth, non-violence and good character.

Under this general background we may refer to a Brahmin dynasty that ruled parts of India now in Pakistan. There were many kings belonging to Brahmin dynasty in Sindh. Even Bhagavadgita states that Brahmins should learn Vedas, Upanishads and guide the country.

According to Bhagavadgita, Kshatriya should rule. Even Sri Ramachandra was a Kshatriya and he was guided by great sages who were Vedic scholars. This is the case with Mahabharata also where the Pandavas were good people following principles of Bhagavadgita. Nearer home, the Maharajas of Mysore were Kshatriyas and ruled under the guidance of the Pontiffs of Parakala Mutt and Sringeri Mutt. The Lingayats or the Veerashaivas used to go to their respective Mutts.

The dynasty that we are discussing here is a Brahmin dynasty. It was given to Raja Dahir who was a Maharaja of Sindh. His predecessor was Chandarraja and Raja Dahir was born in 663 AD at a place called Alor, the present day Rohri located in Sindh. Raja Dahir’s original name was Raja Dahir Sen. His wife’s name was Ladi. The couple had three daughters — Suryadevi, Premadevi and Jodhadevi. When everything was going on well, Raja Dahir’s kingdom was conquered by Umayyad Caliphate. This Caliph was jealous of seeing the power of Dahir’s Kingdom and waged a war. Caught unawares, the army of Raja Dahir did not expect this and naturally was defeated.

Raja Dahir was not only defeated but was killed at the battle of Alor on the banks of the river Indus. Coming back to the Brahmin dynasty, fortunately we have many Muslim chronicles like Chachnama and Shahnama. It is quite likely that these Muslim chronicles might have exaggerated their strength while ignoring the strength of  Brahmin dynasty in which was born Raja Dahir.

Raja Dahir declared to his family and army thus: “I am going to meet the Arabs in the open battle and fight against them as best as I can. I and my army will put up a grand show. I hope to destroy the Arabs if I do that, my Brahmin dynasty will be established on a firm footing and perhaps this will be an eye- opener to all the contemporary and future historians. If I and my army is destroyed we will get Veera Swarga (honourable place in heaven) and if my army wins, the future history will record it in golden letters that a Brahmin dynasty had the determination and power to destroy the army of Arabs.”

Further, he also declared that if he was killed on the battle field it will be recorded in the books of Arabia and India. This will bring permanent glory to his dynasty. Actually the predecessors of this dynasty start from 58 BC. He is said to have been a contemporary of Vikramaditya of Dharanagar. His name was Adi Rai. His son Dev Rai succeeded him in the year 60 AD. Then came Sukhdev Singh Charak who became a Maharaja after defeating Sassanids.

This was almost the time when the Huna invasion took place. Sukhdev’s kingdom was prosperous and hence could issue silver coins from about the seventh century AD. Unfortunately the silver coins of these kings have not come down to us.

Naturally these kings had a vast empire which extended to the east of the boundary of Kashmir, on the west to Makran and mouth of the river Tigris to the Sri Lankan coast and they looted the commodities from their bases at Kutch, Debal and Kathiawar.

Hajaj’s next campaign was under the leadership of Muhammed-bin-quasim. In 711, Quasim attacked Debal and freed the prisoners of the previous battle because they were unjustifiably kept in the prison. This was at the instance of Raja Dahir. This enraged the Arabs and again launched an attack on the kingdom of Raja Dahir.

Another unfortunate incident was that the Buddhist governor out of fear acknowledged the supremacy of Caliphates. But due to the treachery of his friends, Dahir was defeated and was captured. Added to this, Dahir’s eastern territory was taken away and merged into Umayyad Caliphate. This was a great blow to Dahir. But he did not give up. He wanted to protect his Hindu kingdom and tried again. He called all his friends, army chiefs and held a secret meeting. In this meeting Dahir’s Cabinet Minister suggested that he should take refuge under one of the friendly kings of India. Dahir did not accept it.

Then the Minister suggested that he should send away his family to friendly Indian kingdom. Dahir became furious at this suggestion and he thought what will happen to his friendly Thakurs and Nobles. “I cannot do this. Tomorrow not only me but my entire dynasty will be branded as a traitor’s family. This is against the tradition of India. Hence I will not resort to this,” he said.

Dahir again swung into action. With his army though small he had determined to protect his motherland. He shouted “This land is not only mine but it belongs to every Hindu and hence let us all fight together.” Dahir then sent his forces to prevent Quasim to cross the Indus River, holy river of India and moved his forces to its eastern banks. However, Quasim crossed the river and defeated the forces of Dahir which was fighting under Dahir’s own son Jaisinh at a battle fought at Jilar. Quasim defeated Jaisinh in 712 and killed him. His head was cut off from his body. Unfortunately, it was not handed over to Dahir’s family but was sent to Quasim’s family. Thus even a respectful cremation was denied.

Thus a great hero Raja Dahir sacrificed all royal comforts and even sacrificed his own son for the sake of his country. We have hundreds of such men and women who sacrificed themselves, their family and everything for the sake of motherland. We can only salute them and pray for their souls to Rest in Peace.