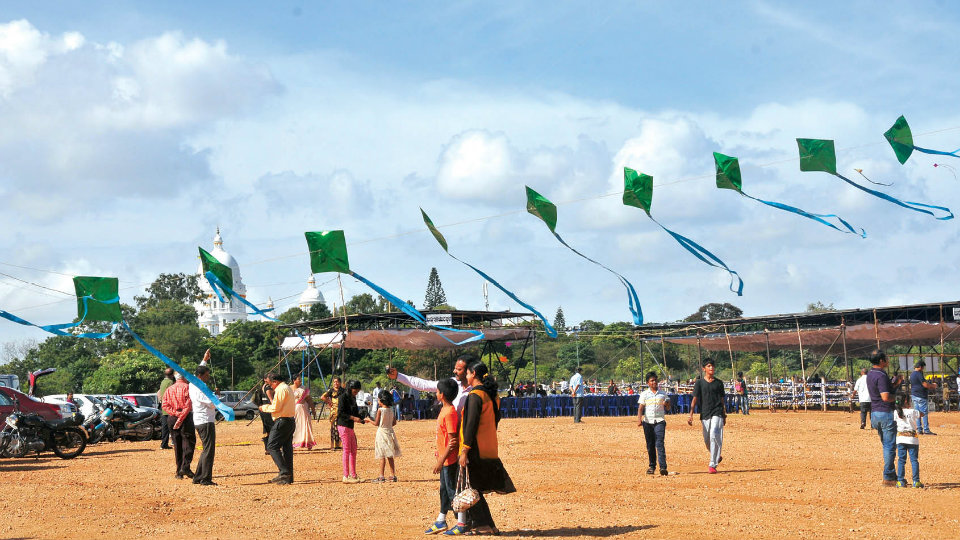 A kite-flying Sunday in city

Mysuru: There are people who immerse themselves in a book, go shopping or watch their favourite movies in their leisure hours. And there are those who fly kites. Kite-flying, a sport-cum-leisure activity that was very popular among youths in Mysuru has become extinct now, thanks to emergence of high-rises and reduction of open spaces.

The event, organised at the Lalitha Mahal Helipad by Veerashaiva Sajjana Sangha, offered hundreds of Mysureans a chance to experience kite-flying. And there were many people along with their families attending the event.

It was the 21st year of kite-flying organised by the Veerashaiva Sajjana Sangha and over 96 enthusiasts had registered their names with the organisers to participate in the event. There were more than 125 green-coloured kites in different shapes and texture. Kite varieties included the ones that had a huge photo of Lord Anjaneya, king and queen kites, politician kites, eagle kites, crows, aeroplanes and there were many kites that had a  long tail. 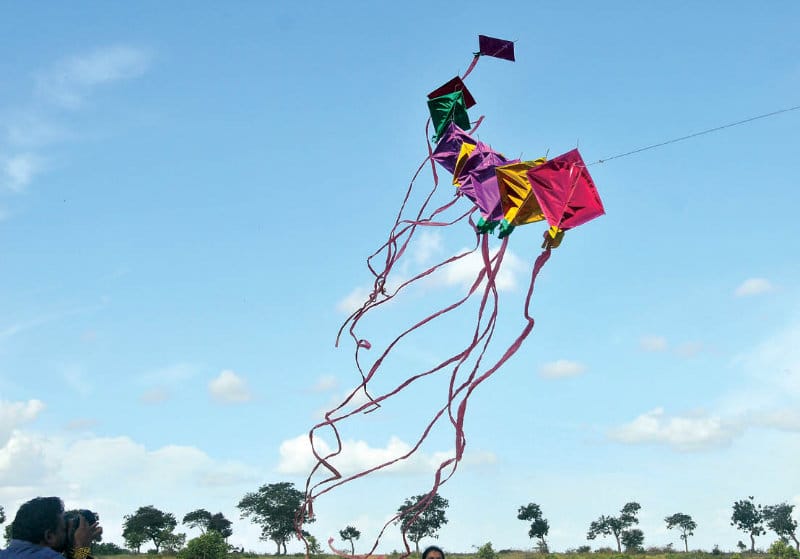 While the onlookers and participants admired the kites that were soaring high above, families were busy taking selfies. “Yesterday, we have seen many participants and the number is more than last year. We did not make any divisions this time and provided opportunity for both men and women to participate,” said Jaiprakash Murthy, President of Veerashaiva Sajjana Sangha. The intention of this event was to promote unity in society, he added.

Almost 90 percent of the participants in kite-flying used banned threads. ‘Manja’ a type of kite string, mostly made of nylon which has been banned as it causes injuries to birds and even people. As per law, even storage of ‘Manja’ thread is banned.