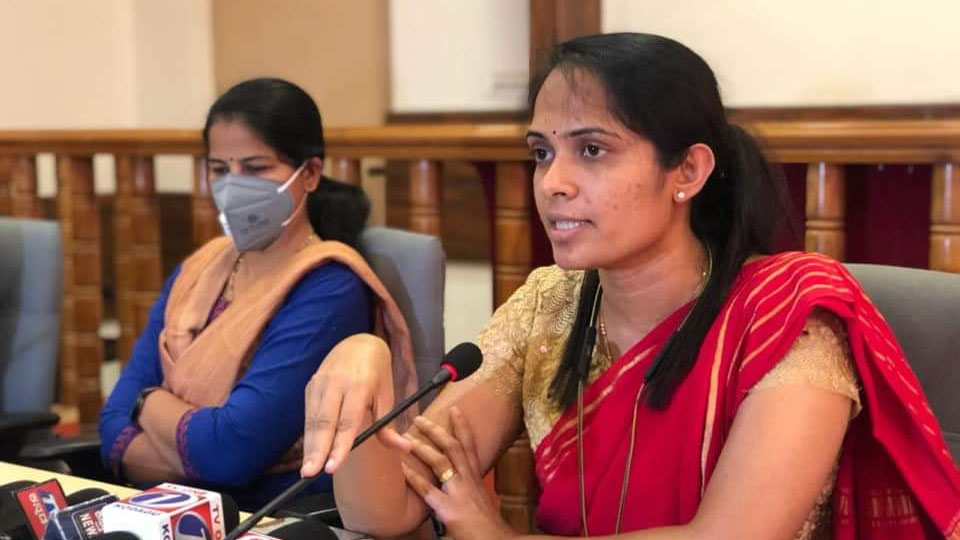 Madikeri: With monsoon set to arrive in the district next week and the havoc caused by monsoon rains in 2018 and 2019 still fresh in memory, the Kodagu District Administration is bracing itself to prevent any possible havoc that may be caused during the forthcoming monsoon.

Explaining the measures that have been taken for effective tackling of monsoon, Kodagu Deputy Commissioner Annies Kanmani Joy said that like last year, a team of National Disaster Response Force (NDRF) will arrive in Kodagu shortly. Already, one District-level Officer has been appointed for every Hobli, whose task is to take all precautionary and safety measures to keep the monsoon fury at bay.

She pointed out that the tender for supply of disaster handling equipment such as Boats, Manila ropes, Axles, Life Jackets etc., has been finalised and the tenderer is required to supply all these equipment by the end of this month.

Noting that officers are required to mandatorily stay at Head Quarters, she said that they have been directed to constantly monitor the precautionary measures that are in place in their respective jurisdictions.

Continuing, she said that the Police, Fire and Emergency Services Department and Home Guards have been asked to be on their toes to meet any emergencies. Also, the District Administration has chalked out plans for establishment of Ganji Kendras and relief camps in case the necessity arises, she said.

Maintaining that the authorities are in constant touch with the State Disaster Response Centre, she said that the administration is in correspondence with the Meteorological Department for sending alerts well in advance in respect of monsoon fury, which information will be shared in social media platforms, WhatsApp and the media.

Highlighting other measures, the DC said that people living in low lying areas and along the rivers, have been asked to move to safer places. Asserting that there is enough money under Natural Disaster Relief Fund to take up any relief and rehabilitation works on a war-footing if the situation demanded, she said that newly-built houses for the 2018 flood victims will be distributed before the onset of monsoon.

Overall, the District Administration is fully geared up to effectively tackle monsoon this year and the people of the district need not be unnecessarily worried about the impact of the monsoon, she added.