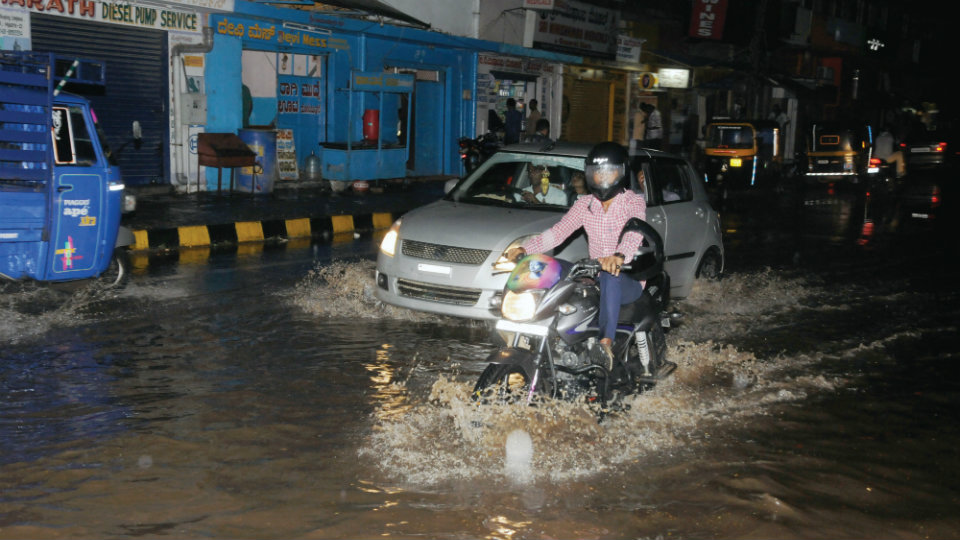 Rains till May 31: Damages continue

Attributing the rainfall due to extensive heat, Dr. Govindaraju said that a person could feel more heat due to vapours going up and added that 32 Degree Celsius could be felt as 35 Degree Celsius.

Yesterday’s rain, accompanied by strong winds, thunder and lightning brought down a few trees and electric poles at various places across the city besides damaging a car.

The rain, which began to pound at about 7 pm yesterday, increased its intensity resulting in an electric pole at Ramakrishnanagar ‘I’ Block, 4th Cross, breaking and falling on a car, damaging it.

While four electric poles were damaged at Rajendranagar, one electric pole each was damaged near Abhishek Circle in Hebbal and Vidyaranyapuram. While two trees were uprooted at Naidunagar in Kesare, huge branches of trees fell near Vidyaranyapuram and Ashokapuram Police Stations, near Kuvempu School at Saraswathipuram, Rajivnagar 1st Stage, 1st Cross, Ramanuja Road 18th Cross, between 21st and 22nd Cross at Vidyaranyapuram, K.R. Mohalla, Bannimantap and other areas due to gusty winds. MCC’s Abhaya team swung into action and cleared the branches.