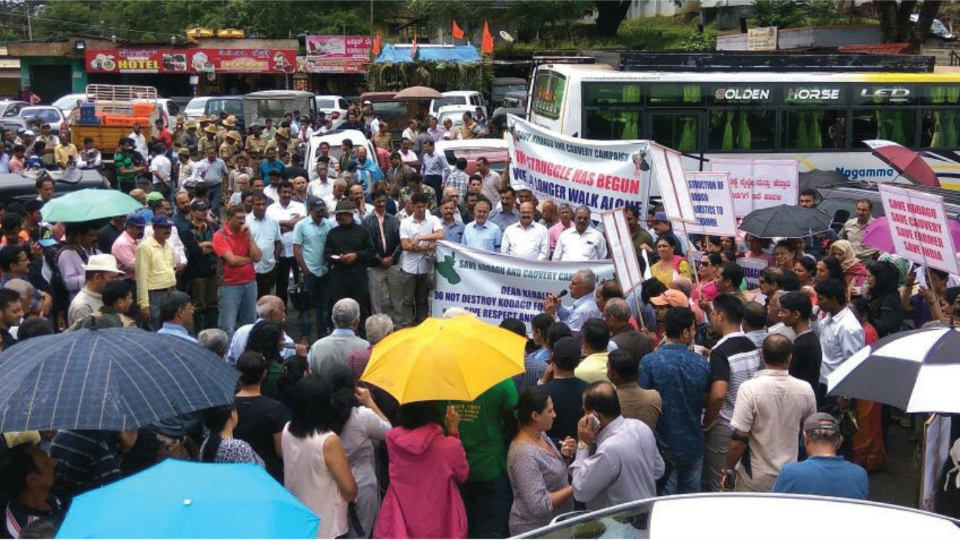 Ponnampet: A massive rally was held yesterday in Kutta, the border area of Kodagu against the proposed railway lines and National Highways that will spell doom for the already ecologically fragile district.

Thousands of people and volunteers from over 30 organisations and NGOs participated in the “Save Kodagu, Save River Cauvery” campaign where speakers denounced the growing ecological destruction of Kodagu, which is also the catchment area for River Cauvery.

The protesters were up in arms against new projects such as three railway lines that will link Kodagu or cut across the district, besides National Highways (see map). The rapid urbanisation of the region, besides indiscriminate tree felling under the guise of “development” has reduced the green cover of the district over the years, according to activists.

Activists say that the Mysuru-Kushalnagar railway line, rail link between Mysuru and Thalassery in Kerala will spell doom for the district as the line will pass through dense forests and elephant habitat.

Addressing the gathering, Col. C.P. Muthanna (retd.) of Coorg Wildlife Society said such projects would only escalate human-animal conflict in Kodagu as these so-called development works would lead to habitat fragmentation, disturbance and destruction.

Convenor of United Kodava Organisation Kokkalemada Manju Chinnappa said, “With the extinction of green cover, the weather pattern of the region will also be altered hampering the rainy season. The district that has never witnessed a drought in the past will be slowly reduced to nothing, as parched days have already started.” 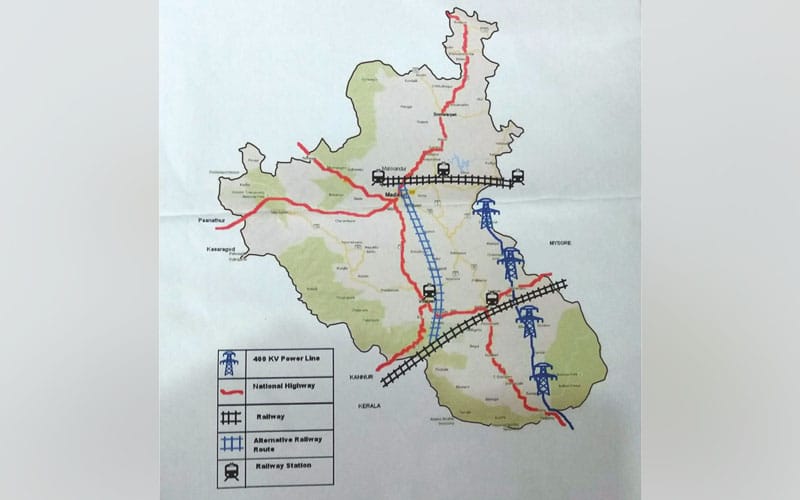 The campaign also highlighted the depleting rainfall in the region since the last few years which has affected local agriculture. Kodagu is the catchment area for Cauvery and hence forest cover had to be protected and if the river and its ecosystem were not saved, then nothing would survive, they said.