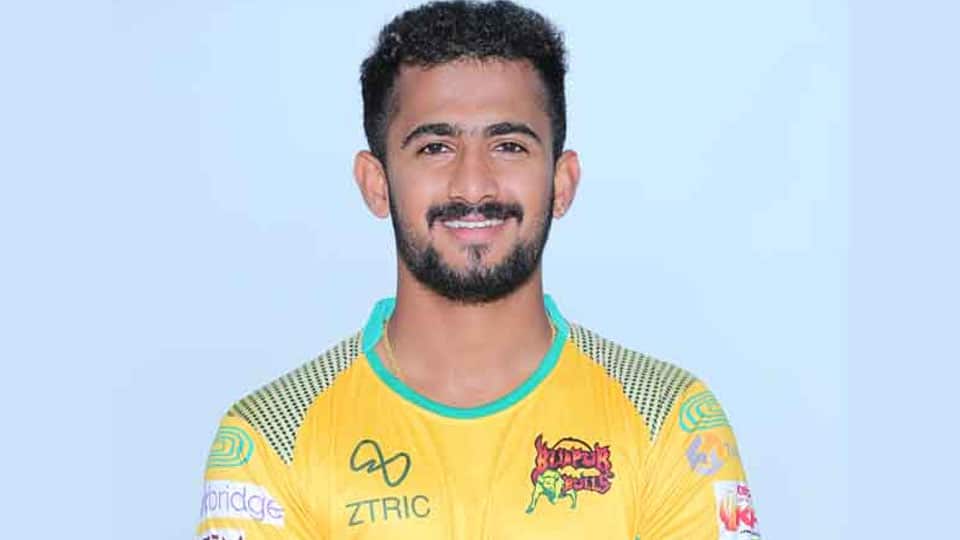 The Central Crime Branch (CCB), which is investigating into the KPL Spot-Fixing and betting case, interrogated another cricketer K.C. Cariappa over spot-fixing, here yesterday.

Sources said that Cariappa’s name popped-up while the Police questioned former India ‘A’ player C.M. Gautham who was arrested by CCB previously.

Bengaluru City Joint Police Commissioner (Crime) Sandeep Patil, who confirmed the news about Cariappa being questioned, said that many players including Cariappa were called for questioning since last few weeks and added that the arrests were being done only if the Police had credible evidences against players and others involved.

Cariappa shot to fame during 2015 Indian Premier League (IPL) auction after he was picked up by Shah Rukh Khan owned KKR for a whopping Rs.2.5 crore, six times more than his base price. The right-arm-spinner, who represented Bijapur Bulls in KPL, has also played for Kings XI Punjab previously.

Meanwhile, the CCB has also issued a Look Out Notice (LOC) against Bellary Tuskers owner Arvind Venkatesh Reddy. He has been summoned to appear before the Central Crime Branch sleuths for questioning.

In the KPL match-fixing scam, role of Bellary Team owner Reddy has come to light. Since he is abroad, notice has been served on him to appear for investigation and LOC has been issued against him, Sandeep Patil said.